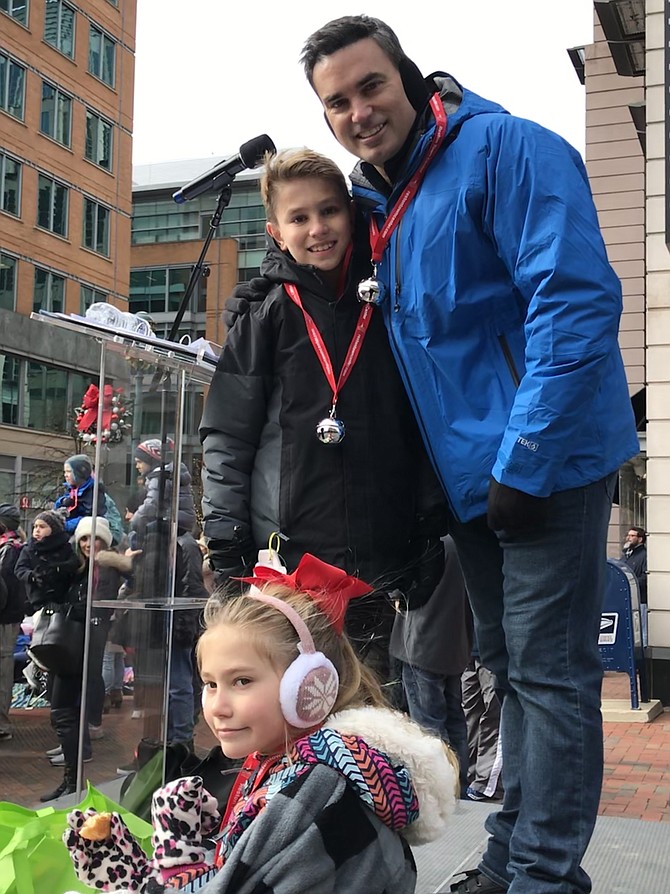 Emcee Doug Kammerer, News4's Chief Meteorologist, takes a moment to pose with his two children, Kentan, 11 and Cally, 9, who accompanied him to the 28th annual Reston Holiday Parade. As his dad resumed his emcee duties, Kentan shared what he thought of the parade: “It’s cool," he said. "It's like my own Thanksgiving Day Parade.”