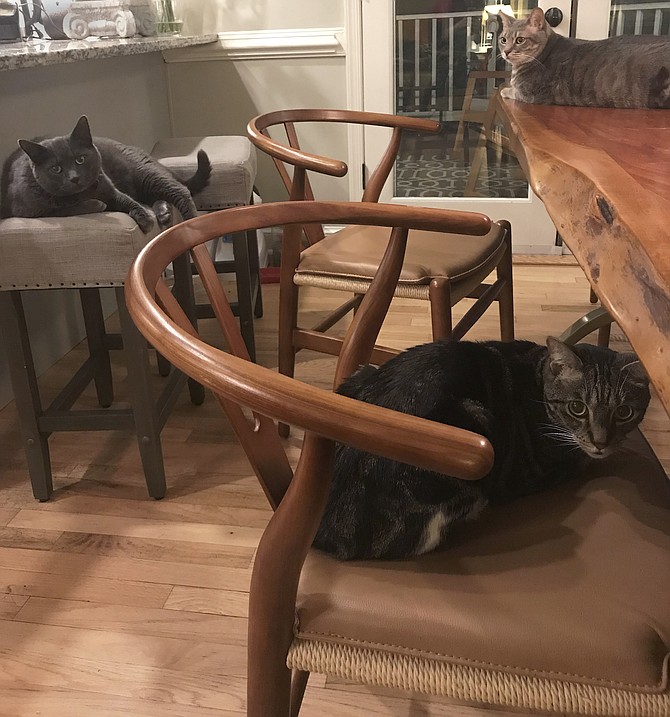 From left: Fender, Hobie, Oscar. Amy Sung, from Burke, has four cats, three that live indoors – Fender, Hobie, and Oscar – and Coco, who is exclusively outdoors. She notices that each cat has a distinct personality, different from one another.
Her family has had Hobie, their youngest cat, almost since birth. “We found [Hobie] day two. We were on spring break in Miami,” she said. “We knew him since the size of, like, a little tiny chipmunk.” Since then, Hobie has grown and is full of energy. “He’s just this mischievous teen. Always getting into trouble, climbing on things. Super cute. He’s our baby,” Sung said.
Coco is the opposite, less jumpy and more reserved than Hobie. “She’s so shy,” Sung said. “And she doesn't like noises.”
Oscar is the most affectionate and cuddly. “He’s definitely a lap cat,” she said. Sung added, jokingly, that he’s also her largest cat. “That said, he is an exomorph... You know the game ‘Exploding Kittens?’ He’s like a potato cat. This is, like, the super potato cat.”