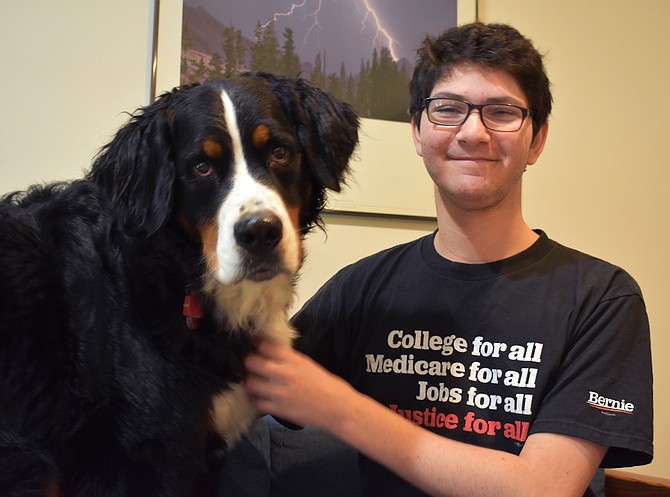 Chasing Murray in the Snow: The first time Jake Wartel let Murray, his Bernese Mountain Dog, out in the snow, things did not go as planned. “I took him outside. And I was wearing Crocs and shorts and a t-shirt. I was just going to let him sit outside for a few minutes. But then, he saw something and started running. I chased after him a bunch. And so, for 15 minutes or so, I was there running in my Crocs and shorts, and there’s snow on the ground. And my brother was working at his desk and looked outside and saw me just running across the snow, chasing after Murray. Thankfully, we got him and brought him back. But, you know, it’s always dangerous to bring him out in the snow because he’s going to want to just run around and play.”