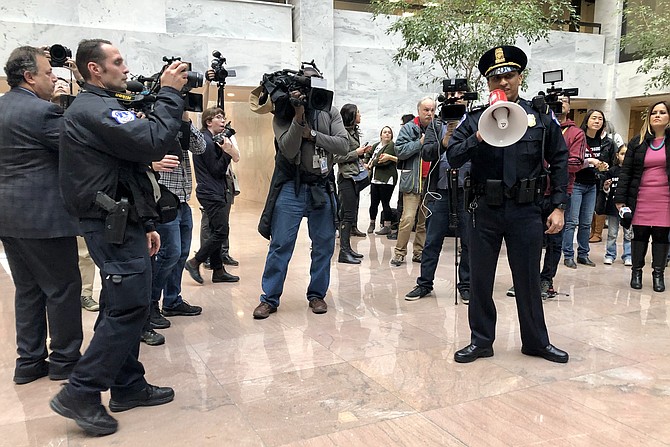 Officer with bullhorn threatens to arrest the protesters if they do not cease. There was a palpable gasp from protesters. They had no idea that what they were doing was illegal. When asked, bullhorn said “for violation of D.C. code 22-1307.” No one was arrested. “Effort to intimidate clear, but failed. The Indivisibles and others have come to the Atrium daily since. Join us,” said Lovaas.