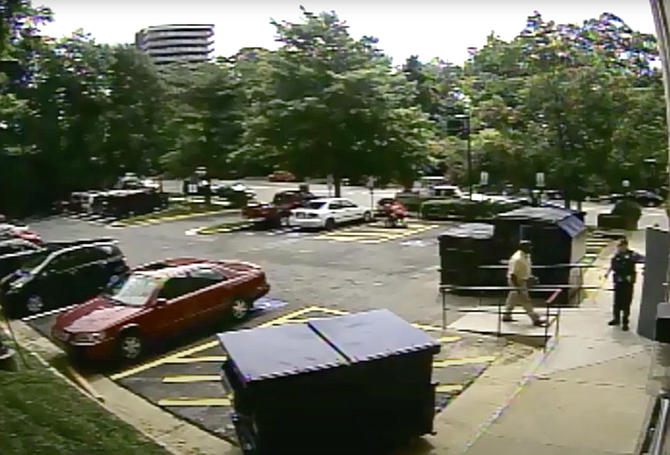 Security camera footage showing the moments before a white Alexandria police officer pushed a black ARHA inspector to the ground during a 2015 incident that prompted a federal civil rights lawsuit.