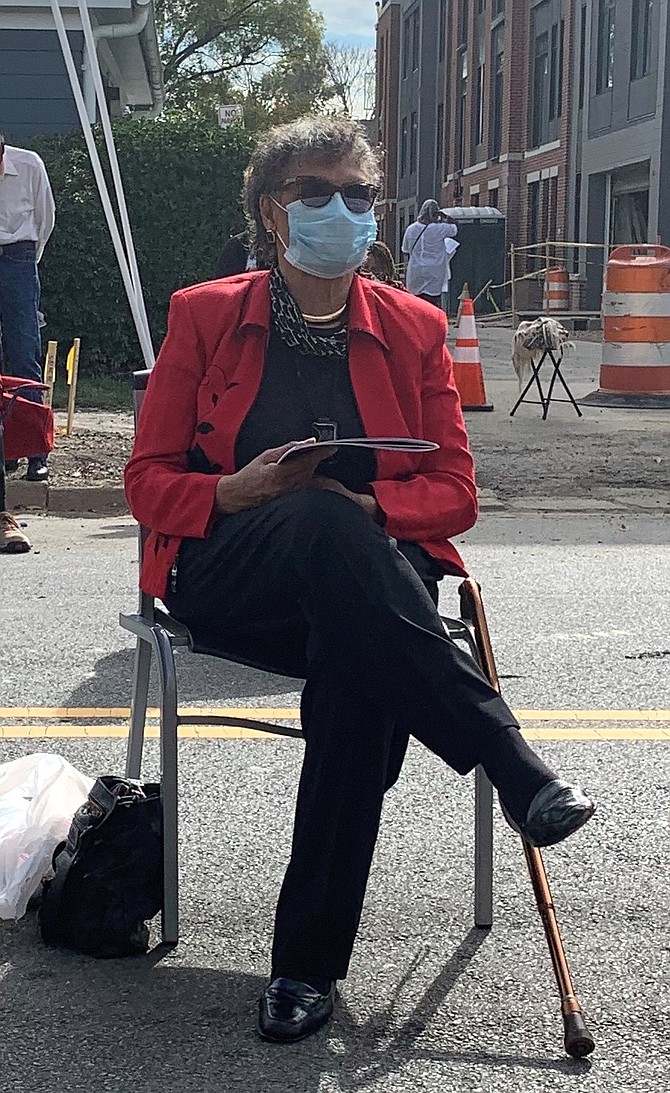 Dr. Mary Alice Hatwood Futrell, a former business education teacher at Parker-Gray, listens to remarks at the Oct. 24 dedication of the Memorial Walkway.