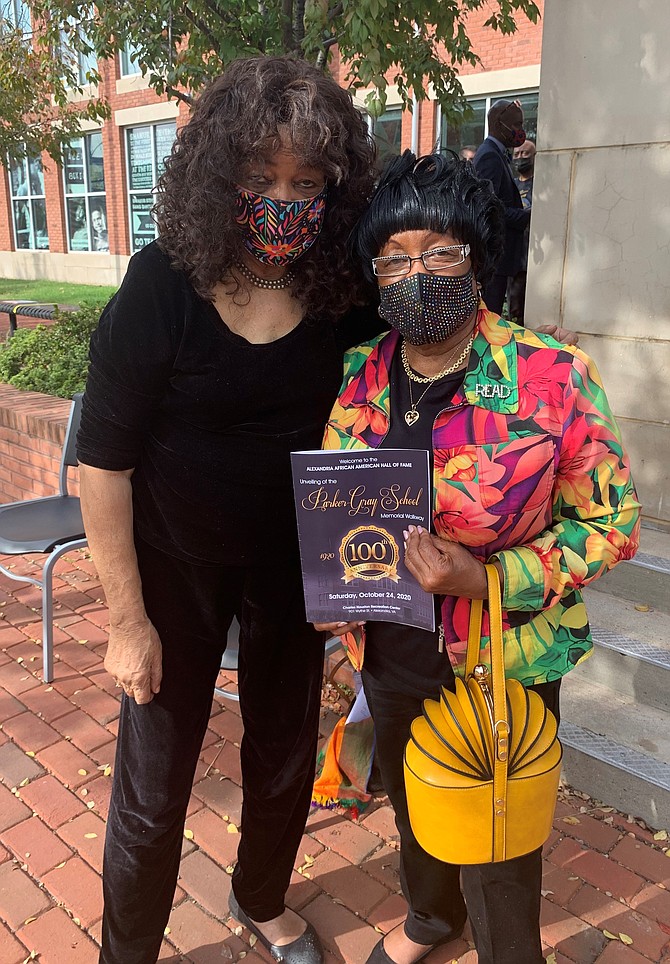 Childhood friends Ruby Osia and Bonnie Bracey Sutton, whose father was a teacher at Parker-Gray, reunite at the Oct. 24 dedication of the Parker-Gray Memorial Brick Walkway.