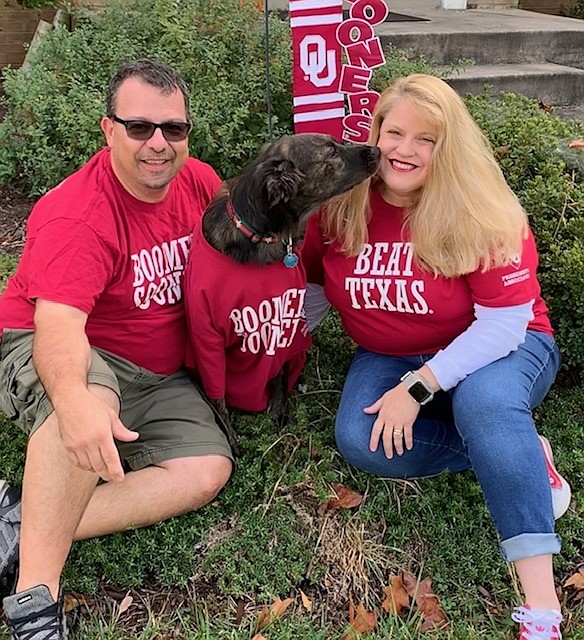 Ft. Belvoir Upper Elementary School Principal Jamey Chianetta and "Beau" (center) are ready for fall football season! Jamey's husband, James (left), is also FCPS. "Beau is a ‘mutt’ that our son adopted while he was in the Army, while he was stationed at Fort Drum, NY. We don't know what kind he is, but we suspect he has some Australian Cattle Dog. We'd love to do a doggie DNA kit. Beau LOVES to be outside to catch frisbees, go for long walks, and play in the snow. He loves his treats too, and according to his vet, he needs fewer of them because he's in a family who loves to treat him. Beau is a snuggler and will kick you off the couch for his favorite spot. He's the best pup in the world."