The Joy of Cappies
Votes

The Joy of Cappies 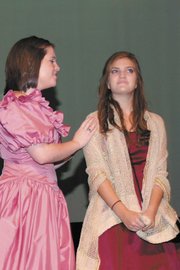 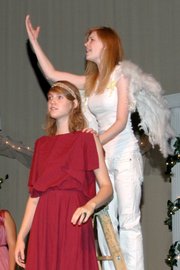 Founded by William Straus and Judy Bowns, The Cappies International Theatre offers a program to recognize the talent and cultural importance of high school drama departments. There are more than 50 schools that participate each year. Each school has student critics that critique other schoolsâ€™ performances. After the shows have all been reviewed, more than 300 critics will meet; nominate performers, technical crew, writers, and critics; and vote for the recipients of the Cappie Awards. There are 42 awards given out each year.

THE CAPPIES International Theatre initially included only schools within the D.C. metropolitan area. With passing years though, it has expanded to encompass schools across the United States and Canada. Each region hosts its own Cappies Awardsâ€™ Gala. The winners of those competitions are invited to participate in productions comprised of other winners across North America. Families of local Cappie Award recipients host the traveling actors.

This year, one Cappies troupe of 23 actors and four technicians performed "Starz!: A Midsummer Nightâ€™s Frolic" on Sunday, July 27 at McLean High School and Monday, July 28 at the Alden Theatre in the McLean Community Center.

I had the privilege of attending a dress rehearsal and speaking with the actors about their Cappiesâ€™ experience. One is never quite sure what to expect as a stranger when walking into an acting troupe that has been rehearsing for weeks and has sequestered themselves from the other responsibilities of reality in order to fully enter the world of their drama. What I found at McLean High School was talent, enthusiasm, and a genuine feeling of camaraderie â€” a feeling that quickly develops when people work in close proximity for extended periods of time. It was the day before the premiere of STARZ and yet the actors seemed relaxed and playful â€” even under the stress of last- minute additions and changes to the performance.

When I initially approached the actors lounging on their lunch break and announced that I was a reporter there to interview and observe them, I was immediately bombarded with a cry of, "Donâ€™t tell him anything. Those blasted reporters will twist everything you say, take it out of context, and make you sound like an idiot."

It had been a jocose aside from actor Chris Weschler but representative of the joviality particular to this group of performers.

KIM NESS, a rising senior from Edison High School, had no problem plopping herself down next to me in the hall way/lunch corridor to discuss her participation in the Cappiesâ€™ production. "It was great right from the very beginning. Itâ€™s like nothing that any of us have ever done before. Getting together with people we have never met in a place we have never been and being part of something so big," she said. When asked about the difficulty of working with strangers she replied, "Well, we are all so out there that we get along really well â€¦ we are all so different but we all click so well." "The people," she said, "have been my favorite part of the whole experience â€¦"

"Thatâ€™s what she said," said an unsolicited commentator from down the hall.

Introducing himself as the token Canadian, Rob Lippe-Lineker approached me to discuss his road to the Cappies, a road that had brought him all the way from Edmonton, AB â€” over 2,300 miles. Rob had won best lead actor in a performance for his role as George Gibbs in the play "Our Town." Before he could say much however, Rob was drowned out by the sound of Jacob Zumoff, a Cappies award winner from Philadelphia, tuning his voice (at least I think that is what he was doing). "Meeting everyone has been my favorite experience and hanging out after our rehearsals, especially when we went to "The Dark Knight" said Rob. "Heath Ledgerâ€™s performance was incredible. He didnâ€™t act the character, he was the character."

"Thatâ€™s what she said." Again, from someone, somewhere.

Katie Ryerson, traveling from Ottowa, ON, and Cappies winner for best lead actress in a musical, said, "All the people came together like pieces of a puzzle and just fit together." The culture shock of accents and mannerism differences only took a few days to get over, said Katie, but what she was most shocked by was the food proportions in restaurants. "We all went to Chipotle one night and the burritos were like small children. I took pictures so that my friends back at home would believe me." When asked about the oft repeated and ever present phrase "thatâ€™s what she said" Katie simply tilted her head back, laughed, and replied, "thatâ€™s like our theme song. Its pretty much every second sentence." To which a passing actor whispered, "Thatâ€™s what she said."

After speaking with Katie I made my way backstage to see the actors in their element. Margaret Berkowitz, McLean resident and youngest Cappies performer in the history of the program, sat quietly while awaiting her stage entrance. She had been chosen for the program at the age of 14 and had just turned 15 three days before the start of rehearsals. "I fell in love with the theatre when I was 8 years old," Margaret claimed. Her sisters and brother had all performed in the community theatre and she followed in step.

MIMI LYNCH, a rising senior and technical director for the drama department at Robinson Secondary, was responsible for the sound and general technical support for the Starz! production. The last three years, Mimi has been the sound assistant for the Cappiesâ€™ Gala. She was in charge of creating a list of actors, characters, stage entrances, microphone positioning, acrobatics, etc. Her task was to design a schematic with all of the details and give it to the technical staff at the Kennedy Center prior to the show.

Kim Ness hopes to draw upon the experience of the Cappies and take what she has learned into the collegiate theatre. Rob Lippe-Lineker wishes to pursue a career in education while continuing drama as a hobby. Katie Ryerson will attend University for performance acting in Toronto, ON, in the fall. Margaret Berkowitz is optimistic about continuing her musical performance career into college and beyond. Mimi Lynch wants to be a doctor and will keep her involvement in the theatre as a recreation. The troupe will be performing its second production, "Anasazi" (written by co-founder of the Cappies, William Strauss), on Aug. 3 at McLean High School and Aug. 4 at The Kennedy Center Theatre Lab.

What seemed to echo from all the actors â€” besides, "Thatâ€™s what she said" â€” was companionship and potential. Recognized for their talent in the dramatic crafts I am sure that this troupeâ€™s chemistry and enthusiasm will translate into two great productions.