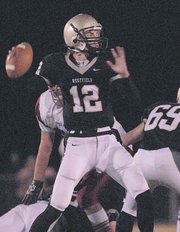 Now a senior, Danny Fenyak enters his second year as Westfield’s starting quarterback. During his junior year, Fenyak led the Bulldogs to the Northern Region semifinals. 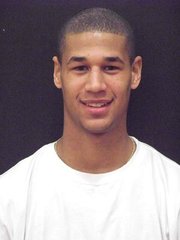 A two-sport standout at Centreville, Warren Denny is one of the area’s top returning athletes this season. Denny had 400 yards receiving and three touchdowns for the football last fall while also averaging a double-double for the boys’ basketball team.

Despite squandering its five previous title game opportunities, the Chantilly girls’ lacrosse team finally broke through this spring. It was one of two state trophies for the powerhouse school, as the girls’ soccer team made history as well.

Famous Alums: Eddie Royal, Brandon Snyder, Evan Royster … Royal, a wide receiver, set Denver Broncos rookie records last fall with 980 yards and five touchdowns; Snyder is hitting .310 this season, which has included a promotion to Norfolk (AAA) within the Baltimore Orioles’ organization; A redshirt-junior on Penn State’s football team, Royster ran for 1,236 yards and 12 touchdowns for the Nittany Lions in 2008.

Famous Alums: Joe Koshansky, Scott Secules, Bhawoh Jue … Koshansky made his MLB debut for the Rockies in 2007 and is now with the Brewers; Secules played four seasons in the NFL (1989-93) for the Cowboys, Dolphins and Patriots; Drafted out of Penn State, Jue played in the NFL from 2001-07 but was cut the next year by the San Diego Chargers.

Famous Alums: Chris Hall, Will Montgomery, Lindsay Czarniak … Hall was a 2005 Ray Guy award -- given to the nation’s top collegiate punter -- finalist at Florida State; Montgomery, a former Virginia Tech lineman, signed as a free agent with the Redskins in Dec., 2008; Czarniak took over for George Michael as the lead sports anchor at NBC-4.

Although one evolved from two years of losing at the most crucial times and the other was more complete and utter shock, two separate, emotional outpourings occurred on Sunday, June 7 at Westfield High School when the Chantilly girls’ lacrosse and girls’ soccer teams became Virginia AAA state champions.

Given a chance to win some sort of trophy five times prior, coach Michele Gates’ lacrosse team came up empty, often face-down in the grass. The girls’ soccer team, meanwhile, had very little of those opportunities before this season.

But with coach Melissa Bibbee’s arrival, combined with a talented senior class and a ton of returning starters, Chantilly upset Robinson in the Concorde District title game before steamrolling its way past Oakton in the region final and Mills Godwin in the state championship.

“You always have goals in mind,” Bibbee said. “In my first year, we went to the region semifinals and lost to Robinson. Our message this year was, ‘Look, we’re returning almost everybody. We can do this.”

Said Gates, “It was such a good release of tension to see them win and not have to worry about picking up the heartbroken lacrosse players again.”

Of course those two aren’t the only teams to pay attention to.

Anyone who’s followed the Northern Region football scene knows what chaos a Chantilly/Westfield game can bring. The Bulldogs won state titles in 2003 and 2007, and the Chargers have made it a habit of winning big games against Westfield, claiming the 2006 region championship with a 26-21, last-minute win and eliminating Westfield in the region semifinals this past fall.

Volleyball has been another strong sport locally, with Chantilly and Westfield advancing to the state tournament this year. Centreville, too, has a perennially strong program. And with a strong batch of rising seniors, look for Chantilly to duplicate its success from 2008.

In the spring, baseball and softball are often very successful as well, with Westfield and Chantilly combining to amass a 147-81 record over the past five years. The Westfield softball team won the 2008 region championship and Centreville lost a close game to South County, 3-1, this past spring.

Part of the ritual of moving to a new place is checking out the local high school football scene , or at least that’s the way sports-obsessed folks think anyhow. So, this fall, make it a priority to watch two local teams on the gridiron.

Chantilly at Westfield, Week 7 (Oct. 23, 7:30 p.m.). Is it really necessary to debate or even explain why it would be a good idea to attend this game? Anyone who has certainly sees no need.