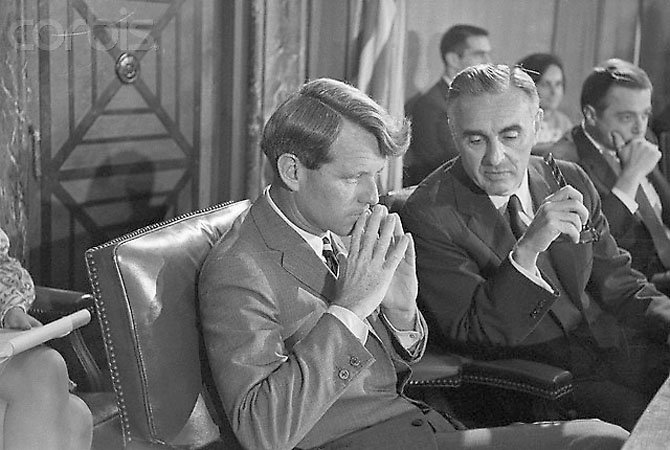 Jerome (“Jerry”) Sonosky, a lawyer whose 40-year legal career started in the House of Representatives serving his hometown congressman and concluded as a partner with the law firm of Hogan Lovell (formerly Hogan and Hartson), died March 22, 2012, at Mount Vernon Nursing and Rehabilitation Center at the age of 82. He died from complications related to Parkinson’s Disease.

Jerry was born in Chisholm, Minn. on July 18, 1929. He graduated from his beloved Chisholm High School in 1947. He was a member of the Minnesota State debating and oratory championship teams in both high school and college. He attended Carleton College from 1947 to 1950 and received his bachelor of arts degree from the University of Minnesota in 1952. That same year, he moved to Washington, D.C. and worked as a fiscal control clerk in the U.S. Department of Justice’s Tax Division, while attending law school at night. He received his juris doctorate from Georgetown University Law School in 1956 and was a member of the D.C. and Minnesota bars.

Jerry’s career on Capitol Hill and with the Kennedy Administration during the 1950s and 1960s allowed him to participate in the nation’s emerging consumer and environmental protection movements. Halfway through law school, he joined the staff of his hometown Congressman John A. Blatnik (DFL-MN) as a legislative assistant in 1954. He worked on national issues leading to enactment of the Federal Water Pollution Control Act and creation of the national highway system. In 1961, he joined the Kennedy Administration as a special assistant to the Assistant Secretary for Legislation in the Department of Health, Education and Welfare. While continuing his work on water pollution, he expanded his scope to emerging issues associated with air pollution, radiation control, auto accident prevention, dangerous prescription drugs, and enhancing the regulatory powers of the Food and Drug Administration.

The majority of his time at HEW was spent on passage of the Drug Industry Act of 1962, the first major overhaul of the 1938 Food and Drug Law. The Act greatly expanded FDA’s powers to ensure the safety and efficacy of the nation’s drug supplies. Prior to the law’s adoption, he was part of the team that stopped the further distribution of thalidomide in the United States. In a 1974 interview with the National Library of Medicine, he recalls advising Kennedy to tell the American public to look in their medicine cabinets — advice Kennedy apparently followed, warning the public to return the drug if found.

In 1963 he moved to the U.S. Senate with newly-elected Sen. Abraham Ribicoff (D-CT) and worked first on the Senate Subcommittee on Reorganization and International Organizations of the Senate Committee on Government Operations and then became staff director and general counsel to the Subcommittee on Executive Organization of the Committee on Government Operations. The subcommittees worked to implement many of the programs envisioned by President Kennedy in his March 1962 Special Message to the Congress on Protecting the Consumer Interest. He coordinated the 1963 hearings on pesticide safety which included testimony from “Silent Spring” author Rachel Carson; the 1966 Ribicoff-Kennedy hearings on the Federal Role in Urban Affairs which was the only occasion in which the Rev. Martin Luther King, Jr. testified before the U.S. Congress; and the 1965-1966 auto safety hearings which included the investigation of General Motors’ surveillance of Ralph Nader who served as a consultant to the subcommittee. Legislation reviewed by the committee and examined in many of the subcommittee hearings included passage of the laws to establish the Department of Housing and Urban Development, the National Motor Vehicle and Highway Safety Act of 1966, and establishment of the Department of Transportation.

In 1967, Jerry left public service and went into private practice representing Mercedes Benz of North America in the area of transportation law and as its regulatory and legislative counsel. In 1968, he joined Hogan and Hartson, then Washington’s oldest law firm, as a partner and was a member of the firm’s Regulatory and Environmental Law Section, specializing in regulatory and legislative developments affecting the automotive industry. From 1967 to 1970, Jerry was an adjunct professor at Georgetown University School of Law. He introduced a seminar on “Law and Social Change,” which dealt with the law and consumerism, environmentalism, race relations and urban affairs.

He retired in 1995 at the age of 66. In lieu of a retirement celebration, he requested that the funds go instead to a scholarship he helped establish in honor of Chisholm, Minn., elementary school doctor Archibald (“Moonlight”) Graham, who was a principal character in the book “Shoeless Joe,” that was made into the movie “Field of Dreams.” The scholarship is awarded to Chisholm High School graduates who have “demonstrated outstanding service to their community and school and who possess remarkable potential for the future,” according to the fund’s web site.

Throughout Jerry’s life, he was passionate about politics, whether local, state or national. It combined his dedication to the law and his belief that government has a moral obligation to protect and take care of the marginalized. In college he worked on Harry S. Truman’s 1948 presidential campaign and as a congressional staffer for Congressman Blatnik, he used his time back in the district to work on the national election campaigns for Eugene McCarthy to the Senate in 1958 and John F. Kennedy’s campaign for the presidency in 1960. He was also involved and a member of the Virginia Democratic Party. The last active role he took in a campaign was Sen. Robert F. Kennedy’s presidential campaign in 1968. Jerry was at the Ambassador Hotel on the night of June 5, 1968 and was in the room Senator Kennedy was heading to when he was assassinated.

His love of politics was not confined to his career, it also shaped his personal life. As a Georgetown law student in 1954 he joined some fellow law students for a blind date with a group of women at nearby Trinity College. During a group discussion regarding Sen. Joe McCarthy, Jerry met his future wife — they were the only two people at the table that thought McCarthy was dangerous. In 1958 he married Catherine Elaine Kelley of Worcester, Mass. They had five children. One of his greatest pleasures came when his four children were of voting age and they all went to the polls together to vote in a national election. At that time, Virginia was still very much a red state and Jerry beamed with pride when he entered the voting room, announcing that the Democrat votes had arrived.

His marriage to Elaine and his involvement in their children’s lives led him to community service as a member and president of St. Mary’s Grade School PTA in Alexandria and finance chairman of the Good Shepherd Catholic Church in Mount Vernon during the late ‘60s and early ‘70s. Jerry and Elaine made their home in Stratford Landing, near Mount Vernon and in the 1980s and 1990s enjoyed spending time at “Quinson,” their home away from home in the Outer Banks, N.C. that they shared with their friend and partner Father Thomas Quinlan. After retirement, he joined Elaine in their shared passion for antiques; opening an antique shop in Waldorf, Md., where he was able to dabble in his many hobbies and interests: political memorabilia, classic toys, stamps, historical books and artifacts, sport memorabilia, and trains.

Jerry is survived by his four children, Paul of Alexandria, Mary (David) McCullough of Vienna, Ellen Carey of Stamford, Conn., and Colleen of Alexandria, two grandchildren, John and Matthew McCullough, his sister Mary Marge Friedman of Plymouth, Minn., and many loving nieces and nephews, grand- and great-grand nieces and nephews, and many dear friends. He was proceeded in death by wife of 50 years Elaine Sonosky, son John, son-in-law Kevin Carey, and brothers Leon and George Peck, and sisters Grace (Sam) Rocklin, June (Archie) Weinberg, and Tess (Harry) Goldenberg and his parents, Olga Sachs and Henry Sonosky.