Ethics is a familiar topic in the news — from charges that a political candidate has ethics violations to the savings and loan crisis in the 1990s to the very current banking and mortgage financial break-down. The establishment of business ethics came into its own arena in the late 1980s, both within major corporations as well as in academia.

Lori Tansey Martens saw a need to help multinational corporations understand the new environment of business ethics as they expanded to new international frontiers, particularly in extremely different cultures such as China, former Soviet block countries and Southeast Asia. The Potomac resident founded the International Business Ethics Institute (IBEI) in 1994. It was the first organization “dedicated to transnationalism in the field of applied business ethics.”

“When I founded the company, we were pioneers in a brand-new industry,” said Martens. “Businesses needed help. Many companies did not have a code of ethics. Global businesses had an even more difficult time establishing ethics because of differing cultural issues and customs.

“Business practices varied greatly from Beijing to Berlin, from Santiago to Shanghai. We came in on the ground floor of the ethics industry and, through trial and error, developed methods to disseminate knowledge, good practices and integrity programs in business ethics. At the time, many companies were expanding their global presence. The Berlin Wall had come down, China was opening up to foreign investment and the world was becoming smaller due to easier travel and communication.”

Martens’ experience was gained at Proctor and Gamble and at D.C.’s Ethics Resource Center, where she served as director of Advisory Services. At the center, she launched the first National Business Ethics Survey, which has become a leading benchmark survey in the ethics field. Martens has been quoted in numerous publications and has appeared on CNN Financial News, CNN’s Lou Dobbs Tonight and the Nightly Business Report. She is a graduate of Duke University and the European Community Law Program at King’s College, London, England.

“Business ethics encompasses honesty, integrity and corporate responsibility,” said Martens. “Companies often find it difficult to understand a different cultural context. We help them create programs that transcend national boundaries. Some of the globally challenging areas we work on with international companies are conflicts of interest, privacy issues, discrimination, sexual harassment, gender equity, gifts and entertainment. These areas may be viewed differently in a foreign environment from the culture and regulations that we have in the U.S.” 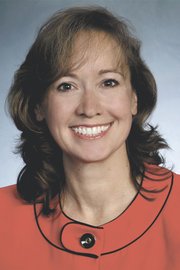 She continued: “For example, when is a gift acceptable - and when is it a bribe? How does a corporation maintain standards – but not be offensive? In the Middle East, if a wealthy sheik gives a businessman an expensive watch, it may be an insult to directly refuse it. The gift is simply a token of appreciation and a gesture of good will towards a business relationship. We help companies find ways to maintain their values and standards internationally without causing offense in other cultures.”

IBEI assists corporations in establishing codes of conduct, training their employees, evaluating the effectiveness of their overall ethics program and providing a plan for further action. They are specialists in global organizational integrity and ethics programs. As Martens explains, “Ethics is now being confused with compliance — and it’s become too focused on laws and attorneys. Ethical standards are about doing what’s right — a set of values which govern a corporation beyond mere legal compliance. For example, Enron and WorldCom were viewed primarily as ethics scandals, but those companies flagrantly broke the law. On the other hand, the 2008 banking/mortgage/financial breakdown was at its heart a failure of ethics. Laws may not have been broken, but the results have been catastrophic.