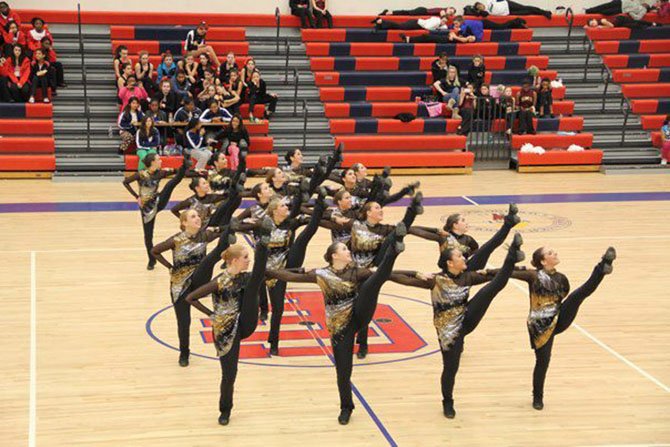 The Langley High School "Saxon" Dance Team recently competed in the Gar-Field Sweetheart Invitational on Feb. 11. The team competed in three categories -- Varsity Jazz, Varsity Kick and Varsity Hip Hop -- and placed in the top three in each. Their team Jazz routine is a medley of high-energy tracks with a jungle theme. This routine received 1st Place at the Gar-Field Invitational. Their Team Kick routine is to "If It's On My Mind" by Seal. The uplifting and inspirational performance has already received accolades at previous competitions and earned the team a second 1st Place trophy this past weekend. The Dance Team's Hip Hop routine is a throw-back mix to Missy Elliott favorites. This was the team's first time competing in the Varsity Hip Hop category and they earned a 2nd Place trophy for their performance. The Langley Dance Team will travel to Orlando next month to compete on the national stage at the Contest of Champions at Disney's Wide World of Sports. Langley's Dance Team is choreographed and directed by Head Coach, Ellen Shatzen.