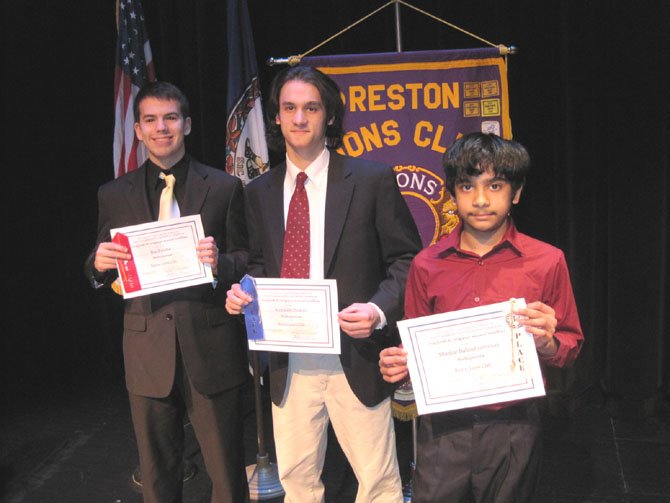 Ryan Sill and Alexander Pauken won first place vocal and instrumental respectively amid stiff competition at the annual "James A. Bland" Contest held on Feb. 7, in Reston, sponsored by the Reston Lions Club. They will each go on in the coming weeks to compete at a District level contest for even larger awards and compete to reach the Region and State level competitions.

Sill, 17, from Dominion High School, succeeded at taking home first place with his performance of "Every Valley Shall be Exalted" written by G.F. Handel. Pauken, also 17, performed "The Cat and the Mouse" by Aaron Copeland with the imagined chasing around on the piano keys.

Ben Escobar of James Madison High School in Vienna takes home Second Place Escobar, 16, twinkled out "Dumka" by Tchaikovsky on the piano. He is under the instruction of Darya Gabay.