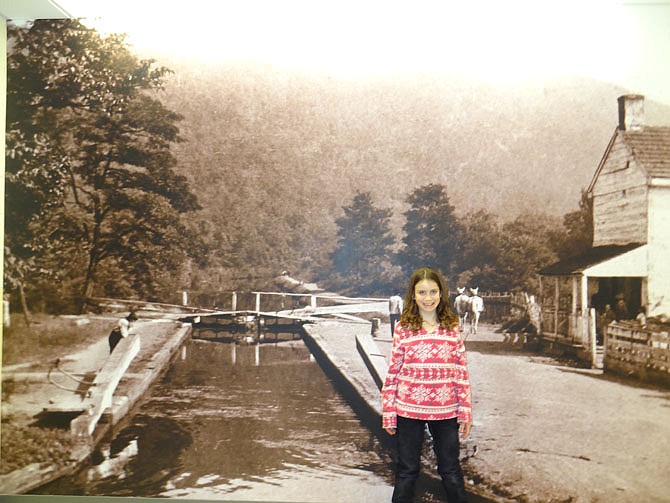 A student in front of the mural of one of the locks. Photo by Jody Axinn

The school is pending LEED certification through the U.S. Green Building Council after its $15 million modernization. The new technology includes a geothermal exchange system that heats and cools the building, computers, Promethian boards, Elmo cameras and digital signs.

Students arrive at Seven Locks Elementary for the first day at the new school.

All the building materials, furniture, and carpets are certified green. All classes are centered around Promethian boards that act as large, touchscreen computer monitors and can connect to Elmo cameras that are able to show three-dimensional objects on the large screen to minimize paper distribution. Each classroom has five computers which automatically shut off at 6 p.m. to conserve energy. The classrooms and offices have motion sensor lights. The bathrooms conserve paper with hand air dryers and dual flush toilets to conserve water. The recycling program throughout the school includes recycling in the classrooms and outside the building.

The Seven Locks that the school is named after is a group of seven locks on the C and O Canal that collectively drop 56 feet. This theme is reflected in the locks at the entrance and the security gates toward the end of the main hall which has a mural of a lock. Number seven is reflected in subtle ways around the building.