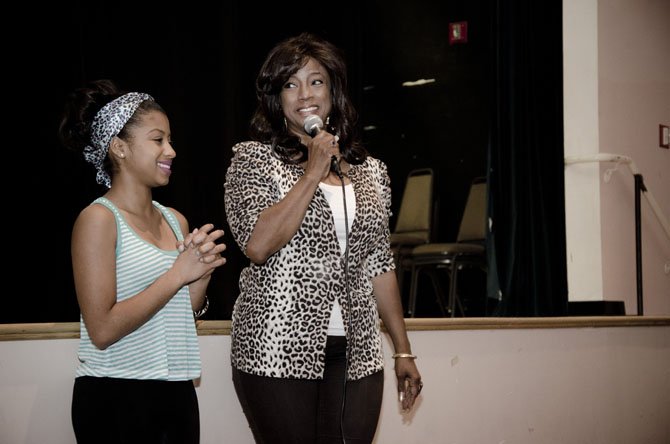 The series is in part co-sponsored by ARHA (Alexandria Redevelopment and Housing Authority). The classes were held at the Kauffman Auditorium at the Lee Center last month.

Henson is a choreographer having worked with the late Michael Jackson, Christina Aguilera, Britney Spears, Prince, NSYNC and Jennifer Lopez. He led a dance workshop.

Stanis, a ‘70s television icon who made Thelma from Good Times the girl everyone wanted next door, held an inspirational story-telling session where she shared her story of discovery and experiences within the entertainment industry.

Having youth and children exposed to professional artists is a goal that the department, with its support of ACCT, will continue to do because the arts brings people together and builds and makes communities stronger.