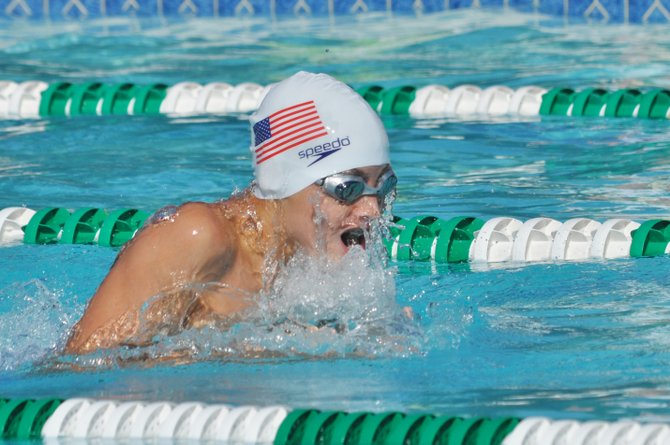 The Franklin Glen Gators swim team continued its winning ways last Saturday with a victory over Armfield Farms. The 3-1 Gators moved up to the White Division this year in the Colonial Swim League after an undefeated season in the Blue Division. In addition to some impressive wins, there have been several pool records broken.

The 8 & under girls’ medley relay consisting of Katie Latham, Amy Waters, Miranda Schuman and Katherine Richer broke the pool record by three seconds with a time of 1:33.53 for a 100-meter swim. The 15-18 girls’ relay team of Sami Lull, Emma Richer, Shannon Darroch and Kelsey Young broke the pool record and then broke it again by three seconds in the next meet. Ryan Allain now holds the pool records in free, back and breaststrokes. Emma Richer (17) broke her own record in breaststroke from last year, as did the 13-14 boys’ medley relay team.

The 13-14 boys’ medley relay team consists of Allain, Arthur Richer, Liam Darroch and Connor Clendenin. This team of boys took first place on Sunday in the Colonial League Relay Carnival at Sugarland Run pool with a time of 1:54.87 for a 200-yard swim.

The 9-10 boys’ medley relay team also took first place at the relay carnival, defeating relay teams from 20 other pools. The team of Cameron Goodloe, Ryan Bracewell, Nico Silva and Jack Connell swam a 1:11.33 for the 100-yard swim. The Gators hope to earn another win this season when they swim the Burke Center Stingers this Saturday.