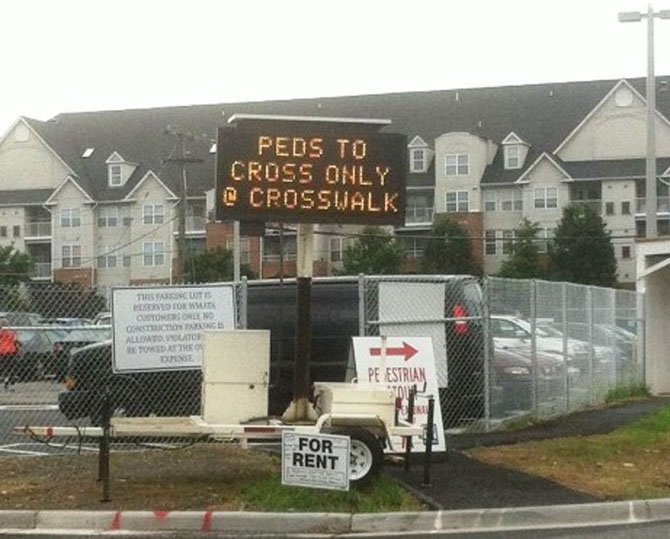 Over a five-day period, officers wrote 361 warning citations for failure to cross in a crosswalk.

After two pedestrians have been struck so far in 2012 and a subsequent education campaign, officers began active enforcement of pedestrian crossing violations on Gallows Road near the Dunn Loring Metro station on Monday, June 4.

Over a five-day period, officers wrote 361 warning citations for failure to cross in a crosswalk. Due to ongoing construction, the sidewalks have been closed or blocked and pedestrians are asked to veer in a slightly different route towards a crosswalk, which takes walkers approximately three minutes longer. Most of the pedestrians are commuters en route to Metro.

Violators for these infractions may be charged with failure to cross in a crosswalk, which may result in up to a $250 fine. This construction project is slated to take up to four years as the redevelopment of the Merrifield District continues.