Northern Virginia’s Role in the War of 1812
Votes

Northern Virginia’s Role in the War of 1812 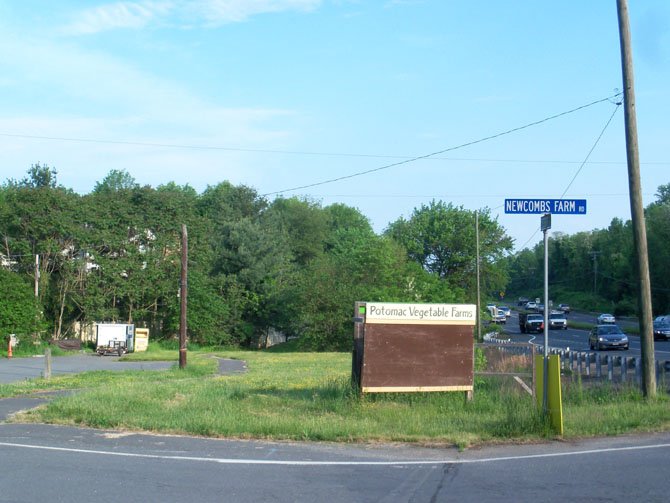 Alexandria — To most Americans, the War of 1812 is the "forgotten war." Its mention conjures images from a short list: The burning Capitol; Francis Scott Key writing poetry during the bombardment of Fort McHenry, Baltimore; or Dolley Madison fleeing the White House with George Washington's painting under her arm.

For Northern Virginia, such forgetfulness is a blessing. Locally, the war's characteristics were confusion, cowardice and courage, not in equal measure.

Great Britain had been fighting Napoleon for more than a decade. Its commerce was in tatters and it suffered manpower shortages for the army and, especially, the Royal Navy. Young United States was neutral, in name. British interference with trade, including impressments of American sailors from American ships, finally reached a tipping point and, on June 18, 1812, the United States declared war. "Sailors' Rights and Free Trade" was the initial rallying cry.

For two years, it was a conflict of small, sporadic engagements. The United States held its own on land and at sea. Battles took place along the Canadian border and on the Great Lakes. The Americans burned York (now Toronto). In retaliation, the British invaded and burned Buffalo. Sea engagements produced enduring expressions like the unrealized "Don't give up the ship" (Capt. James Lawrence, USS Chesapeake, June 1813) and the jubilant "We have met the enemy and they are ours" (Cmdr. Oliver Hazard Perry, USS Niagara, September 1913).

When Napoleon abdicated and went into exile April 1814, the situation changed. Battle-hardened resources of the British Army and the Royal Navy now could be brought to bear on the United States. In short order, they were.

The seat of government was established in the District of Columbia a mere dozen years earlier. The 100 square miles was mostly rural. North of the Potomac was called Washington County and across the river was Alexandria County. There were three municipalities: Georgetown, Alexandria and Washington. Fairfax County in Virginia formed the District's entire southern flank.

Adm. Alexander Cochrane commanded all British forces in North America. On August 16, 1814, his fleet anchored off Point Lookout, Md. Within days, and with American authorities frightened and confused, his main force moved up the Patuxent, overcame the Bladensburg defense line and burned Washington. A smaller British flotilla commanded by Capt. James Gordon sailed up the Potomac. Arriving abreast of Fort Washington (then called Fort Warburton), the Americans fled and destroyed their own fort.

Confusion also pervaded civil authorities. As President James Madison left to inspect operations at Bladensburg, he instructed wife Dolley to gather government records and seek safety in Fairfax County if events turned for the worse. Their plan was to meet at Wiley's Tavern on the Alexandria-Leesburg Pike (today's Route 7) near Difficult Run. She crossed the river at Chain Bridge and he later used the Georgetown ferry to Mason's Island (now Roosevelt Island).

For two days, the couple played hide-and-seek, just missing each other at Rokeby's Estate, where she spent the first night, and Salona House, today recognized as McLean's most historic landmark. He twice visited Wren's Tavern (also on Route 7) seeking information. Eventually and briefly, they met at Wiley's Tavern. Overnight, the President went off to find his army in Montgomery County, Md. and wife Dolley settled in at Minor's Hill, off Little Falls Road on the Arlington-Fairfax border. Advised that British forces had left Washington, the Madisons separately returned to Washington on Sunday, Aug. 28.

The President had not comported himself very well, especially given that it was his war and the war was two years old. Plans for offense and defense were lacking. Leadership was inept. Preparations of men and supplies proved grossly deficient. The spectacle of frantic hunting for his wife across Northern Virginia diminished him all the more.

With smoke still rising from Washington, the Potomac flotilla was a couple miles south of Alexandria on Aug. 28. Mayor Charles Simms approached Capt. Gordon in an effort to save his city. The terms of surrender included: All ships in harbor were seized; all stores in warehouses were forfeited, but private residences would remain untouched; and, if any resistance appeared, the city would be shelled and destroyed. Alexandria's Common Council capitulated by formal resolution. The practical Scot merchants who had founded the town would have understood.

Meanwhile, Virginia militia forces lead by Gen. John Hungerford were fast approaching. They were intercepted by city officials who begged that their surrender terms be respected. This led one writer to describe Alexandria as "the city that did not wish to be saved." Hungerford observed British pillagers for three days from his camp on Shuters Hill. All the while he was preparing to ambush the British ships once they sailed away.

Alexandria's groveling brought round condemnation. Dolley Madison said it would have been better to let the city burn rather than accept the humiliating terms of the British. A military aide to the president expressed the same view. The final straw for many was the fact that Alexandria's officials refused to raise the American flag even when the departing British ships were 20 miles downstream; their minds were changed only under threat by an American naval officer that he would shell the city.

Gen. Hungerford entrenched artillery with naval gunners and 1,400 infantry on the Potomac bluff at what is now Fort Belvoir. A white house on the shore gave name to the battle which began on Sept. 3. The fleet heading for Chesapeake Bay was stalled for two days and suffered several casualties. A British landing party also was repulsed. The fight ended only because the Americans ran out of ammunition. This engagement was the only display of courage in Northern Virginia during the British invasion of 1814.