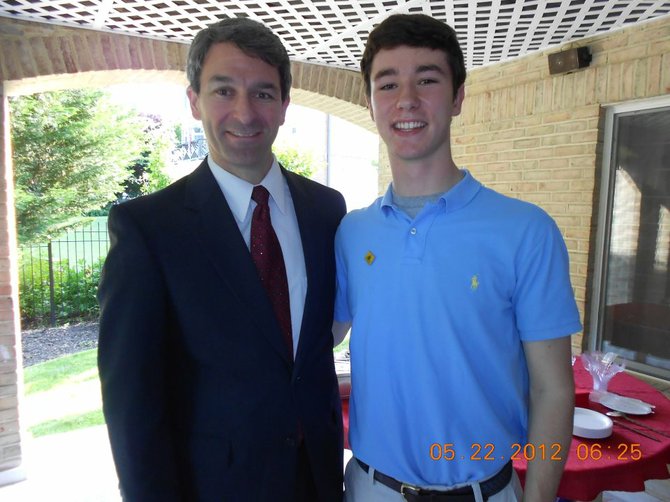 While most 17 year olds were getting ready for prom or playing a varsity sport, Evan Draim was making phone calls, shaking hands, and giving speeches. That was because throughout spring, Draim was a campaigning to win one of the three delegate positions in Virginia's 8th congressional districts. 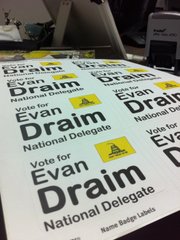 The northern Virginia Tea Party supported Evan Draim and helped provide election paraphernalia. "He made the assessment and put it [his campaign] together in a very humble way because he got advice from seasoned folks," said Wilcox. "He did not do it in a way that was proud or haughty in any way."

For a rising high school senior, Draim already had experience in political activism. As a sophomore, he created the Coalition for a Conservative Future at St. Stephen's and St. Agnes Upper School. The student group serves to interest students in politics and educate them about conservative principles.

Draim says that he was motivated to create this group because of the political apathy he noticed among some of his classmates. "I saw that a lot of these issues were affecting people my age," said Draim, "and a lot of young people either don't understand these issues or are apathetic, so what I want to do with this movement is to promote an ideology that serves younger voters."

But Draim has not only reached out to his fellow teenagers. While he has spoken mainly about political issues affecting the youth, he has not been afraid to engage his older peers. He has attended the Conservative Political Action Conference, or CPAC, for the past three years, and spoke at CPAC in 2011.

So on Feb. 24, it seemed natural for Draim to file to become a delegate candidate for the RNC in Tampa, Fla.

Between February and the election on May 12, Draim was on his feet. "We had three months to campaign," said Marta Saltus, an alternate delegate for the RNC and Draim's campaign partner, "we would go to an event every day of the week."

Along with near daily event appearances, Draim called every single registered voter, or more than 700 individuals, in order to win voters. Draim and his supporters point to his hard work as the source of his success.

"There were other people that I was thinking of supporting that I didn’t support because they were not working for it," said Ron Wilcox, the lead organizer of the Tea Party in northern Virginia. "It's not just a popularity contest, and I saw Evan working."

Along with his work ethic, Wilcox attributed Draim's success to his maturity and his astuteness, both of which are beyond his years. "He made the assessment and put it [his campaign] together in a very humble way because he got advice from seasoned folks," said Wilcox. "He did not do it in a way that was proud or haughty in any way."

Although some people were initially skeptical of a teenage candidate, Draim's persistence, maturity, and dedication towards conservative principles attracted voters. "Overall, people welcomed my perspective with open arms," said Draim, "I didn't know how receptive people would be to a younger candidate, and really the Republican party was very supportive."

Indeed, Draim's hard work paid off. With 205 votes, he won the most weighted votes out of the seven candidates.

Now, Draim is one of 2,286 delegates that must help formulate the Republican platform and kickoff the 2012 presidential campaign in August. He says he hopes to represent the youth voice that is oftentimes missing in national politics.

"I want my candidacy to be a watershed, so that other young people can see this and want do it," said Draim.

Draim has high hopes for his future career in politics. Others agree. "Anyone who underestimates him should do so at his peril," said Wilcox, "because this kid is very sharp."