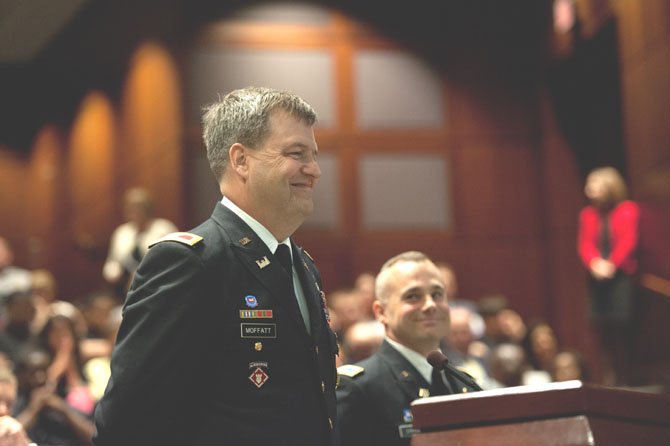 Mount Vernon — Just retired Army Col. Mark Moffatt is recognized by the Fairfax County Board of Supervisors during its June 5 meeting for his contributions to Fairfax County during six years of work as the Deputy Garrison Commander for Transition and BRAC, during which the U.S. Army moved 19,300 positions to Fort Belvoir. To his left is Col. John Strycula, Garrison Commander for Fort Belvior, who was also recognized for his contributions to Fairfax County during the meeting. Strycula will hand over command of Fort Belvoir on June 25 to Col. Greg Gadson and then will move to his next assignment in Afghanistan.