A much-needed $6000 donation helps kick–start the endowment into gear. 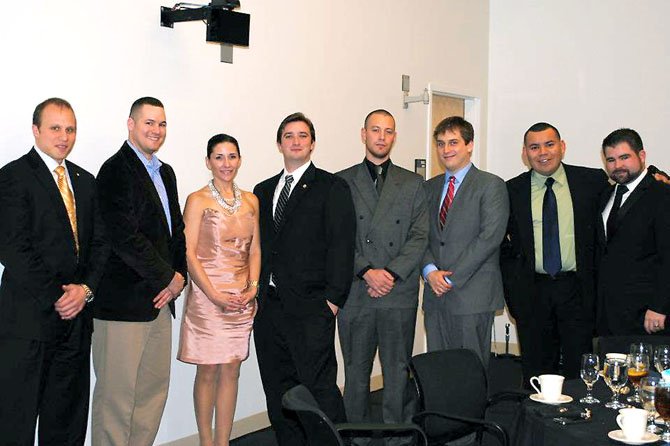 Joshua Lawton, a now senior program analyst at the Department of Veterans Affairs, was watching a documentary on the WWII generation when an idea suddenly struck him—George Mason University (his university at the time) should start a veterans’ scholarship.

"It’s a great feeling to know that something you started is ready to start helping veterans," said Lawton, former vice president of the Mason Veteran Center Project Task Force.

Three years of fundraising have passed since Lawton thought up the idea, but in just four weeks a committee at George Mason University—comprising one representative from financial aid, one from admissions and one from military services—will determine the first ever winner of the Mason Veteran Scholarship Endowment.

The committee will pick a winner from a pool of 45 applicants (deadline was June 1), said Director of Military Services at George Mason Jennifer Connors. To be considered, the applicant must be an undergraduate student at Mason with a minimum 3.0 grade point average and must either be an active or former member of the military—no dependents. Special consideration is being given to decorated service members with combat experience who have demonstrated leadership in community activities.

A $6000 donation in March topped off the required $25,000 needed to create the endowment. The Beck family of Fairfax Station, founders of the Beck Foundation—a local charitable veterans organization, made the final donation.

"We live in a great country and we are just trying to give back a little bit," said Buddy Beck, co-founder of the Beck Foundation and a Vietnam War veteran.

While $25,000 was needed to start the scholarship, the awarded amount is actually the interest on that principal. The winner of this upcoming scholarship will not receive a full $25,000, but will receive about $2600. There is a caveat, if the principal grows, future recipients could receive more, or Lawton could determine, along with the Military Services division at Mason, to split the fund into two separate (or more) scholarships, helping more than just one veteran per school year.

Since 2009, Lawton—who is also post commander for the Fairfax Station VFW Post 8469, has been working to help raise the funds. He helped create an annual 5K run at Mason from which all proceeds were donated to the scholarship, secured donations from a Monte Carlo casino night at the Fairfax City American Legion, and worked with Floyd Houston, a fellow VFW 8469 member, to secure sales from Houston’s book called "Pillars of the Post" for the scholarship. Pillars continues to be on sale on Amazon and Createspace.com.

While the Montgomery and Post 9-11 G.I. Bills pay a substantial amount toward higher education for veterans—full in-state tuition for undergraduate or graduate courses, plus a stipend for books and living expenses under the Post 9-11 G.I. bill, Lawton felt that the benefits were not likely to keep with the rising cost of education (a 127 percent jump in the last two decades) and the cutbacks facing the Department of Defense.

"The G.I. Bill is great, but it doesn’t pay for everything. If you have a family, $1950 goes a long way, but doesn’t cover everything," he said. "We know that with both of the wars ending, the federal government isn’t going to keep pace with the rising costs of college tuition."