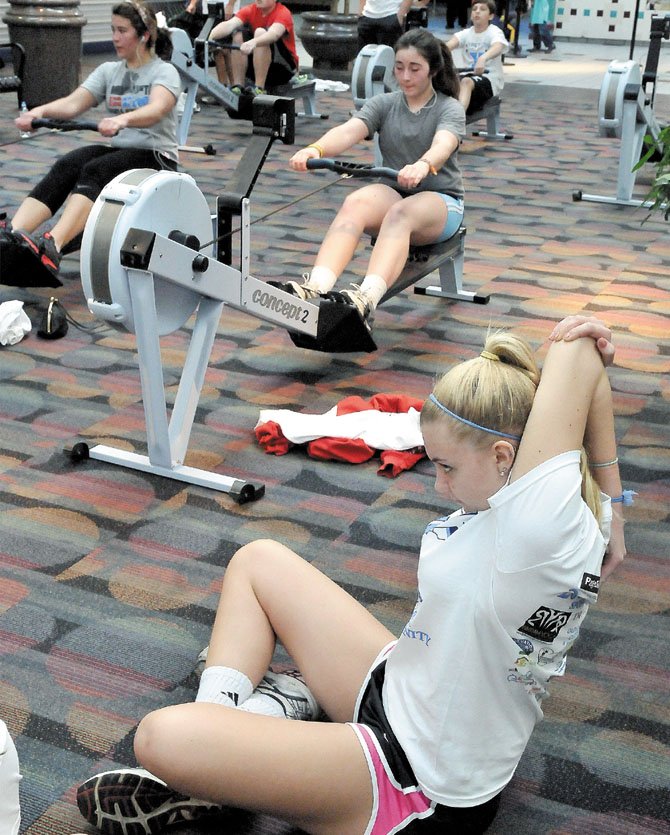 Yorktown freshman Lauren Richards stretches out before taking the oars on the erg machine for a 25-minute work-out.

From 10 a.m. to 8 p.m. on Saturday, Feb. 25, the atrium on the third floor at Ballston Common Mall in Arlington was buzzing with action as six erg machines were almost constantly in motion.

The “Ergathon” raises funds for both Habitat for Humanity and the Yorktown Crew Team. More than 100 Yorktown High School students participated on indoor rowing machines known as “ergs.”