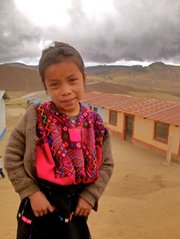 A little girl of Chikisis, a San Antonio Mountain village in Guatemala.

“It’s a level of poverty we wouldn’t find here in the States,” said the Rev. Jason Micheli, Aldersgate’s 34-year-old associate pastor. The Mayans living there were pushed off more productive land generations ago. Their meagre homes are typically built with three walls of scavenged tin, dried mud or cinderblock with a back wall of mud against the side of the mountain. Roofs are commonly improvised of trash bag plastic.

Supporting the poverty-fighting work of the Highland Support Project for the past six years Aldersgate United Methodists from the church at the corner of Fort Hunt and Collingwood Roads have focused on building vented cinderblock stoves for about 475 Mayan homes. Otherwise the residents must endure cooking on inside open fires, their eyes stinging in thick smoke.

In July the Aldersgate Methodists, both an adult team and a youth team, will be traveling back to a San Antonio Mountain village called Chikisis, population about 2,000, to build a kitchen with a cement floor and tin roof for the village school in addition to more stoves. Presently the women of Chikisis take turns cooking for the school in a three-walled improvised kitchen on a mud floor over an open fire.

“The reality is that if you go into that room where those poor women are cooking a meal for those 160 kids, you can’t see the other side of the wall,” said Steve Larkin, an Aldersgate lay leader who was with the mission team in December and is returning this July. “These women have got to be there to cook a meal for those kids, so this is going to be a tremendous help to them.” 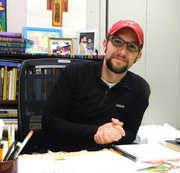 “Cooking over a fire like this takes all morning long,” said Micheli. “All that smoke impacts the women in a very critical way. And it seeps into the classrooms too.” In the new kitchen there will also be an efficient cinderblock oven that’ll greatly cut the cooking time, and the smoke will be vented.

“We’ve been working with families and now we’re taking the next step working with communities,” said Larkin, who recalled working on his first stove last December.

“The (Mayan) mom that was working with us on our first stove was maybe 16, and in the morning it was chilly, maybe in the mid-40’s. Here she is, probably four feet six inches maybe, in her little courtyard where the house is on one side and a pile of corn on the other side drying, and she’s in the middle mixing cement with a hoe, her baby is slung to her back and she’s wearing shower shoes.”

He described the Mayan people as “some of the hardest working people I know” and described Aldersgate’s mission work as tying in neatly with a recent sermon series on the book “The Hole in Our Gospel” by Richard Stearn, which calls on Christians to commit to fighting global poverty.

“It’s a hands-on Christianity,” said Micheli who called the focus of Aldersgate’s mission work one of social justice. “In Chikisis the poverty is more severe than in a lot of (Guatemala mountain) communities,” he said. “You can definitely see the variance between those families that have someone here in the States sending money back home and those who don’t.”

Explaining how the mission work is an expression of Christian faith, Micheli said, “Christianity is very much about doing. Jesus says ‘Follow me’ a lot more than he says ‘Have this idea about me’ or ‘Believe in me.’ I think built into Christianity is this sense that you don’t really understand the faith without doing the practices of the faith — serving the poor here or somewhere else.” 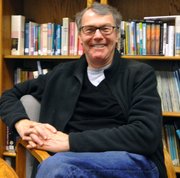 As a pastor, he values the mission work also for its impact on relationships between congregation members. “What I’m looking for is for the group from this church to bond at a deeper level with one another, develop leadership skills they didn’t previously have and be able to articulate how what they did relates to their faith. It’s more effective than Sunday school at teaching our faith.”

For sleeping quarters, the missioners will cram into two private homes for two weeks sleeping on air mattresses, cots and in hammocks. Mosquitos aren’t a problem in the high altitude and chilly mountain temperatures but Micheli advises missioners to bring earplugs because wild dogs raise a racket at night.

This season of Lent, there is a special offering at Aldersgate to support the Chikisis work, aiming to raise $15,000. Missioners pay their own way down and also pay a fee that helps buy materials.

“We’ve had people give large gifts and we’ve had a lot of kids giving a dollar each week,” Micheli said. Contributions can also be made online at www.aldersgate.net/onlinegiving.

After the completion of the kitchen, missioners in December will build a 15 foot by 30 foot clinic/community center, again with a cement floor and tin roof. The cement will be mixed by hand. This building will provide space for health volunteers and for future mission teams to bed down. “That way we have an access point to do service work in all these other communities (on San Antonio Mountain) that are otherwise inaccessible to volunteer teams,” said Micheli. The building will have gas lamps burning trucked-in propane for indoor illumination, a latrine and an outdoor water spigot.

After the school kitchen and clinic/community center are built, “There’s a need for another larger-scale clinic/community center in an adjacent community. Eighteen months from now, maybe two years from now we’ll be able to tackle that,” said Micheli who excited to head back to work on San Antonio Mountain. When he returns, though an experienced marathon runner, he admits to coming home fatigued. Like Larkin, he finds the company of these Mayan Christians refreshing.

“It’s a wonderfully open, hospitable culture that I think has some resonances with how Christianity is on its best day,” he said.

This Sunday the founders of the Highland Support Project, Lupe and Ben Blevins, are visiting Aldersgate.