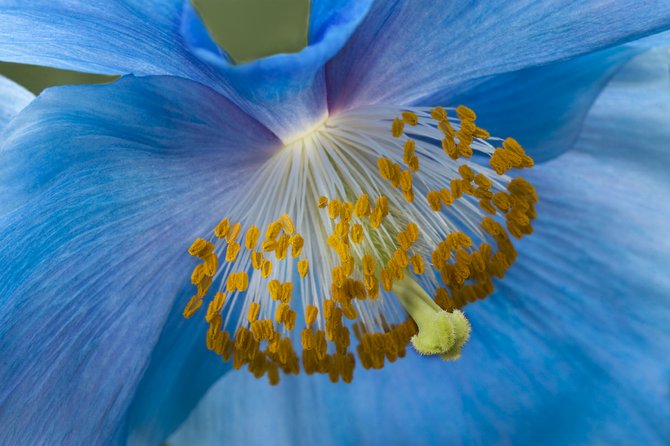 Carla Steckley of Herndon was recognized for "Himalayan Poppy."

ArtSpace Herndon and the Herndon Foundation for the Cultural Arts have announced the winners of the 2012 Fine Art Photography Competition.

This year first place prize of $300 went to Sharon Eisenzopf of Woodbridge for "Passing Through." Juror Mary Louise Ravese commented that this image brought together all the elements of a fine art black and white photograph; line and composition, texture, and tonal range.

The second place winner for a cash prize of $200 was "Library of Congress Arches" by Larry Dean of Damascus, Md. The photograph shows many arches meeting at interesting angles that help draw the viewer’s eye into the image.

"In Flight" by Michael Kane was the third place winner receiving a cash prize of $100.

The winners were announced at the opening reception and awards ceremony held Saturday, May 12 to an overflow audience of over 130 people. This year’s competition attracted over 75 photographers from Virginia, West Virginia, D.C. and Maryland.