We Are the World, at Garfield
Votes

We Are the World, at Garfield

Teachers discuss challenges of teaching English as a Second Language. 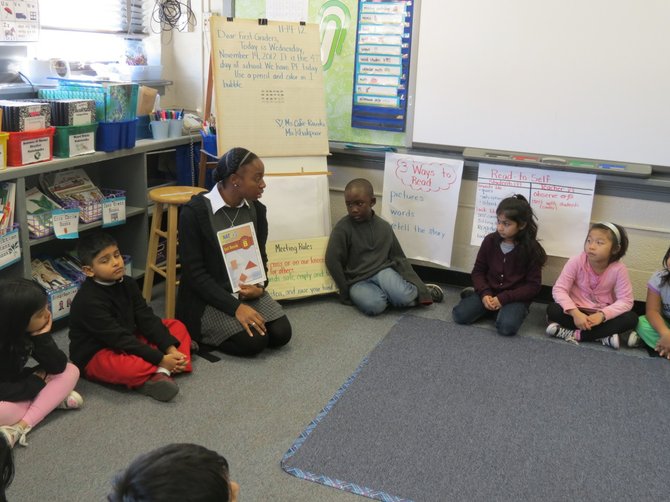 Garfield Elementary School in Springfield, like all of Fairfax County, has a population that reflects a wide range of backgrounds. With 33 languages spoken, the school's ESOL (English for Speakers of Other Languages) program has had to expand. The school has a first grade class of 60 students, 58 of whom are ESOL students ranging from levels one through four.

Jane Cofie-Raczko, who has been a teacher for the past 13 years, teaches one of three first grade classes in which all 20 of the students have English as a second language. The majority of these students are from Hispanic or Middle Eastern backgrounds and common languages include Spanish, Arabic, Urdu, Farsi, Korean, Chinese and Vietnamese. The challenges involved with teaching these students depend on their proficiency with the English language. 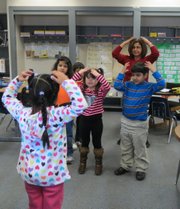 “For students who speak almost no English, it can be difficult to communicate to the students that you want them to succeed and that you are there to help them. It can also be difficult to get the students to ask for help, mostly due to their lack of confidence in their speaking ability. For students with a better knowledge of the social language, it can be tough to give them a similarly strong academic language. Add the already difficult material to learning English for the first time and it can be very challenging.”

“The success of the students with the curriculum and their preparedness for middle and high school depends on the schooling they received in their home country as well as when they enrolled at Garfield,” said Rozi Khakpour, an ESOL teacher at Garfield Elementary.

Students who have attended Garfield from the start get the opportunity to develop oral language at an early age through programs such as Lunch and Bunch in which kindergartners with English as a second language meet twice a week to have lunch and practice this important skill. The program, along with others, have proven to be successful as "students who have been at Garfield since kindergarten often exceed in high school and earn positions on the honor roll," Khakpour said.

“Another thing that has proven to be helpful,” said Kirsten Howard, another first grade teacher, “is Garfield’s social curriculum.” This social curriculum, which concentrates on teaching students cooperation, assertion, responsibility, empathy, and self-control, has given students a greater awareness outside themselves and has helped them in middle in high school as demonstrated by their willingness to take on leadership positions.