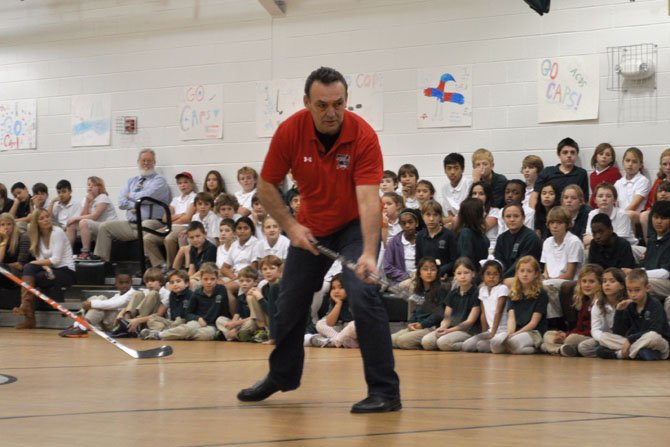 Hockey School is a free program, designed to be instructional and interactive, with the goal of exposing students to floor hockey while teaching proper technique.

Following the clinic the Capitals donated a set of street hockey equipment to the school. All students received an autographed alumni card, a hockey 101 booklet and a Capitals squishy puck. Alexandria Country Day School also received a Capitals Hockey School banner to display in their school gymnasium.