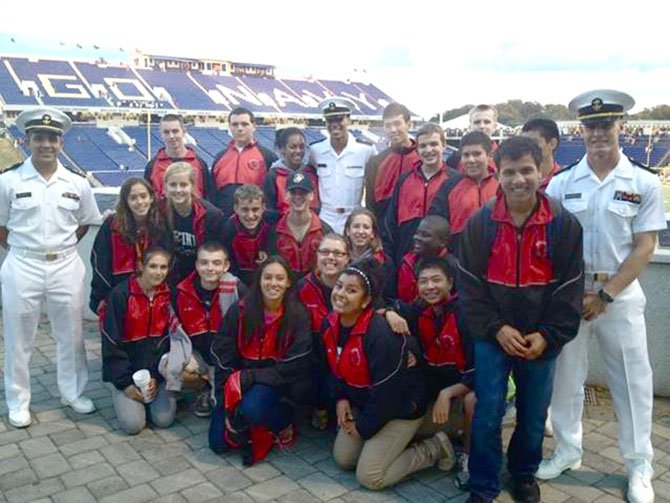 Herndon High’s Navy Junior Reserve Officers Training Corps (NJROTC) finished first in the Lee-Davis regional physical fitness meet, where they competed against 12 schools in strength, endurance and speed events. They not only defeated the reigning mid-Atlantic champion, Norview High School, but also displayed the utmost in teamwork and sportsmanship. They then celebrated with a trip to the US Naval Academy, where they enjoyed the Navy-San Jose State football game and met four former Herndon Hornets who are now midshipmen at the academy.