From ARI to Vanguard to Phoenix House. 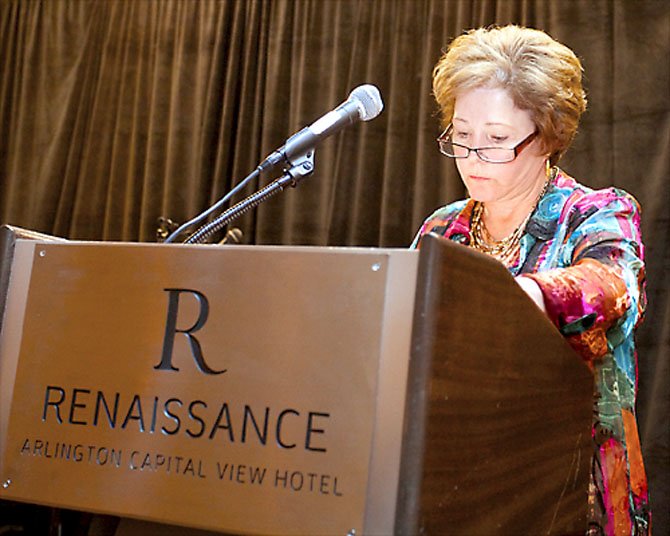 Arlington — In celebration of Phoenix House of the Mid-Atlantic’s anniversary, the staff reflected on the transformation of the Phoenix House in Arlington from a small non-profit organization for alcoholics to an all-encompassing substance abuse rehabilitation center.

“We started here in Arlington as Alcohol Rehabilitation Incorporated (ARI) in 1962,” said Deborah Taylor, senior vice president and regional director. “It came about from people who were members of Kiwanis Club, Walker Chapel [a Methodist church in Arlington] and Arlington officials who wanted to see treatments for people who had problems with alcohol.”

Taylor, a Registered Nurse with a specialty in chemical dependence (RN, CD), said she has been with the Phoenix House in Arlington since 1989, the decade when ARI transformed into Vanguard Services, which began to include programs for drug dependency in addition to those for alcohol addiction.

Vanguard Services “remained a very significant part of the Arlington landscape and it evolved and got a new name in the 1980s because of all the drug issues we were addressing,” Taylor said. “It was no longer just purely an alcohol program so the name didn’t fit anymore. They changed the name from Alcohol Rehabilitation Incorporated to Vanguard Services. As of then, the program served people with problems with drugs and alcohol.”

Then 1989 saw an age of expansion with Vanguard Services.

“I came in 1989 and we went through a big period of expansion where we expanded from one program to 12 programs and we began to serve more people,” Taylor said.

Jo-Anne Gerald, environment specialist of the Mid-Atlantic Phoenix House, said she came on board in 2001. Still, she understood that the major change with the organization was when it became Vanguard Services.

It was in 2010 that Vanguard Services joined Phoenix Houses, a national non-profit organization.

“We joined Phoenix Houses in November of 2010,” Taylor said. “We are still the same non-profit we were in 1962. We are now just associated with the Phoenix Houses, the largest not-for-profit organization in the United States.”

This affiliation with such a large non-profit organization has helped the Arlington program to provide more specific and customized programs.

“We are still the same corporate entity, but we are now affiliated with [Phoenix Houses] so we can have the tremendous support of a large organization,” Taylor said. “We can do things we weren’t able to do as a relatively small organization.”

She added that the Phoenix House now serves the full spectrum of patient needs — from treatment designed for earlier stages of addiction to programs for people with more progressed addiction.

“We have full outpatient programs, from intensive residential treatment to partial hospital programs,” Taylor said. “We start with independent assessments to determine appropriate level of care, or if there is even an issue at all. Then we have the full continuum of care for people of all ages.”

Today, the Phoenix House is staffed by a full range of health care professionals, including environmental specialists like Gerald.

“We obviously have internists, psychiatrists, physicians, nurses, licensed mental health professionals and other staff that make up our treatment team,” Taylor said.

The expansion and the changes with Phoenix House have been partially due to an overall deeper understanding of addiction in national science and health studies.

“The care of the clients has changed from more punitive type of environment to a health care model,” Taylor said. “That has a lot to do with the research that has been done by the NIH and National Institute of Drug Abuse. There is a better understanding of the workings of the brain now.”

For example, treatments are shorter now than those of earlier years due to medications that help alleviate lasting cravings and withdrawal symptoms. Also, according to Taylor, professionals more adequately address the physiological symptoms that come with addiction.

“It used to be the mentality [that addiction problems surfaced because] you were a bad parent or a bad person with no self-control,” Taylor said. “We now know that is not the case.”

Taylor said there are also a number of patients who have graduated from Phoenix House as court diversions. This depends on the charge, she added, but a diversion occurs when a judge eradicates a charge after successful completion of a program.

As a member of the always evolving Phoenix House for 23 years, Taylor said she has witnessed countless inspiring life transformations.

“It’s extraordinary,” Taylor said. “We see people every day take their lives back and start making healthy choices again. Most people I see were leading healthy lives until they got involved with drugs and alcohol. With influence, they started getting into trouble with families and the police, but most of all with themselves.”

In both of her positions, Gerald said the most rewarding part of working with Phoenix House patients is being able to help them make the decision to change their lives.

“The most rewarding thing is gaining [the patients’] trust and then validating it with sincere, compassionate, professional and ethical services,” Gerald said.

Taylor also said it is very rewarding to work at the Arlington Phoenix House, but it is difficult to see individuals struggle.

Full rehabilitation “takes a lot longer than we once realized. We used to think you could go through detox and be fine,” Taylor said. “Now we know it takes a full two years before the brain starts functioning the way it was [before being] introduced to a substance.”

The Phoenix House of Arlington has expanded not only from its affiliation with a large, national non-profit organization, but also with support from the Northern Virginia community. This was evident at an anniversary celebration event at the end of September.

“We just had overwhelming support from the community in celebrating Phoenix House’s 50th anniversary,” Taylor said. “Many people came out and a lot of them had lives that were touched directly or indirectly by the programs.”

As for Phoenix House’s plans for the next 50 years, Gerald said she hopes it will continue on its course and with its mission to provide the best possible services for those drowning in addiction.

“My goal for our agency would be to continue to structure and re-structure the field of substance abuse services so as to provide the best services possible to all who seek relief from substance abuse,” Gerald said.

Taylor said that with continued support, she hopes to help eliminate the stigma of substance addiction.

“If there is anything we can do to remove this stigma, and get people into care at an earlier time, then we will have done something of value for the community,” she said.