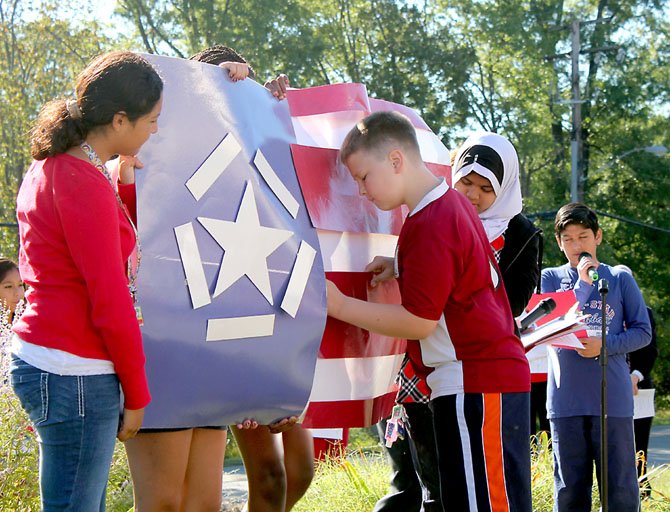 Sixth graders create a model of the Freedom Flag. Photo by Michele Neville 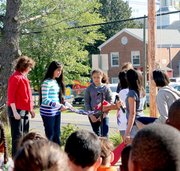 Flag bearers unfurl the American flag. Susan McKittrick, teacher, and others look on.

On Tuesday, Sept. 11, 2012, a bright, clear day similar to memories and photos of the same day in 2001, Garfield Elementary students, staff and community members gathered for their annual Sept. 11 Remembrance Ceremony.

Garfield Elementary School started the ceremony in 2004 after they purchased the Freedom Flag, Virginia’s official symbol for 9/11 remembrance. The simple ceremony began with the Pledge of Allegiance and The Star Spangled Banner. As students assembled a model of the Freedom Flag, readers explained the significance of its parts. Students wore red, white and blue and posted the flags at half-staff in honor of Patriot Day and the individuals who lost their lives on Sept. 11, 2001.