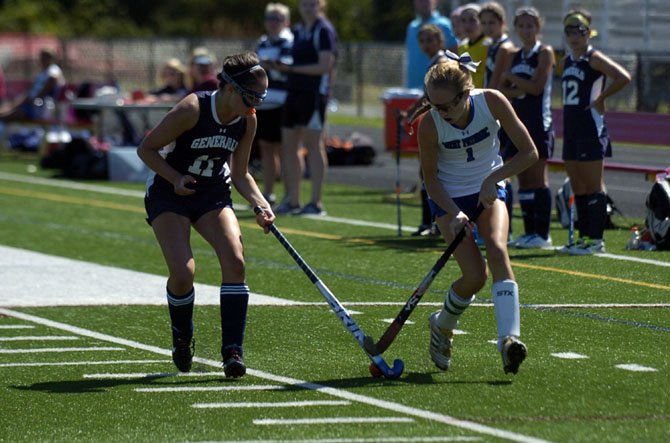 Herndon — The West Potomac field hockey team entered the two-day Herndon Invitational with a 5-2 record, having scored 23 goals in seven games. But the Wolverines’ offense evaporated over the weekend as West Potomac dropped three of four to finish in sixth place.

Senior captain Kharis Schrage (12) and the West Potomac field hockey team lost to Washington-Lee, 2-1, in overtime of the fifth-place game at the Herndon Invitational on Sept. 15.

After the Fairfax field hockey team had captured the Herndon Invitational championship, Senior Captain Shannon Cosgrove, recipient of the tournament’s Most Valuable Player award, was asked if the Rebels’ accomplishments—past and present—have placed a target on the team’s back.

A new head coach and a pair of goal-scoring sophomores have helped propel the Herndon field hockey team to a 6-3 record and a strong showing at its own tournament.