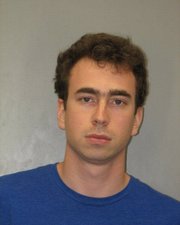 A former special-education teacher at Poplar Tree Elementary has been convicted in federal court of two child-pornography charges. He is Robert C. Fenn, 27, of 3031 Emerald Chase Drive in Oak Hill.

Fenn had been a substitute teacher with Fairfax County Public Schools since 2009 and was hired full-time in the summer of 2011. He was just completing his first year at Poplar Tree, where he taught special-ed students in kindergarten through third grade.

Police charged him with 10 counts of possession of child pornography. After his arrest, the school system suspended him without pay and assured parents that no images of students were found on his computer and school computers were not used.

According to authorities, Fenn’s online activity was uncovered after he accessed a particular child-pornography website that was being investigated by Italian law-enforcement officials. His case was then taken over by the federal government for prosecution.

Fenn had a jury trial in that court, April 2-3, before Judge James C. Cacheris. After hearing arguments from both sides, the jury deliberated and returned April 4 with a verdict of guilty on both counts. Following his conviction, Fenn now faces as much as 30 years behind bars when he’s sentenced on June 21.