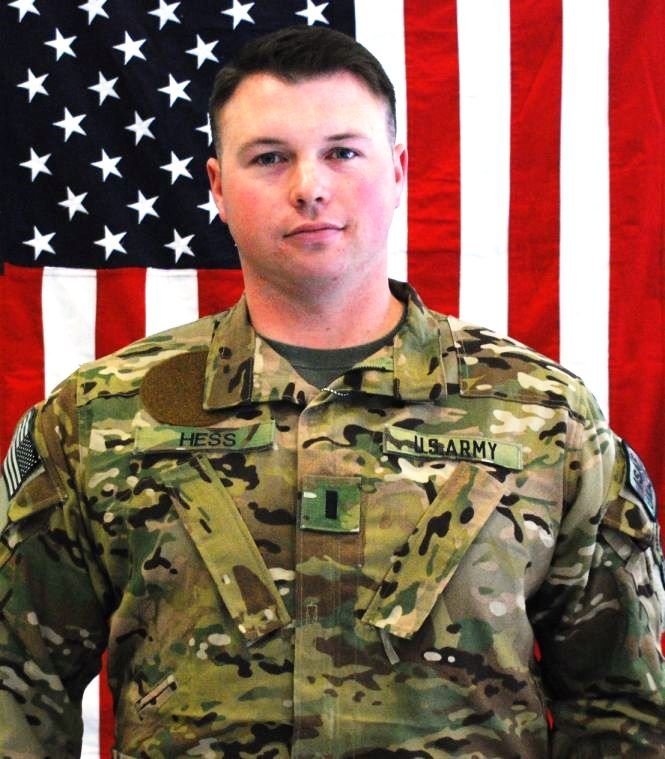 According to a news release from the Department of Defense, Hess, 26, and another soldier, Capt. Aaron R. Blanchard, 32, of Selah, Wash., both died “of wounds suffered from enemy indirect fire.”

Both soldiers were assigned to the 2nd Aviation Battalion, 10th Combat Aviation Brigade, 10th Mountain Division at Fort Drum, N.Y. Hess joined the Army in November 2010 and was deployed this month to Pul-E-Alam in support of Operation Enduring Freedom, according to a Fort Drum news release.

Hess, who is survived by his parents and a brother, played football at Robinson High School and attended Old Dominion University, where he was a member of the swim team, according to news reports.