What Is ‘Dillon's Rule?’
Votes

What Is ‘Dillon's Rule?’

Authority rests with the state. 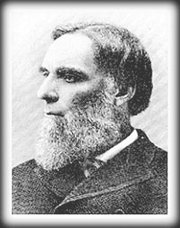 Arlington — Every so often, an issue will break out between one of the more liberal local governments in Northern Virginia and the state government in Richmond. The locals say: "We know what is best for our residents." Richmond says "As a local unit of government, you have not been given the authority to act in the way you wish."

The former then mutters "D--n Dillon's Rule" while the latter whispers "Thank goodness for Dillon's Rule." Few Virginians know what Dillon's Rule says. Next to none know who Dillon was.

Dillon's Rule recognizes the senior sovereignty of a state government and holds that subordinate government units which the state creates, such as cities and counties, have only the powers expressly granted by the state plus only the powers necessary to carry out those express grants. The Supreme Court of the U.S. fully agreed beginning in 1891.

With a degree of literary flourish, Dillon himself stated the basic rule in these terms: Municipal corporations owe their origin to, and derive their powers and rights wholly from, the legislature. It breathes into them the breath of life, without which they cannot exist.

Every state holds to this principle. As with so many things, "the devil is in the details." Differences arise in the wording used to expressly grant authority to the local governments. Some states confer broad powers, and this often is called "home rule." Others embrace strict construction of the basic principle and severely limit the scope of delegated authority. Since 1896, Virginia falls into the latter camp. Dillon's Rule prevails in Virginia, perhaps more so than in any other state.

When revisions to Virginia's Constitution were being considered in 1969, one proposal would have turned Dillon's Rule on its head. It said that lower governmental units had all powers, except those withheld. The suggestion failed.

The last major confrontation over Dillon's Rule in Virginia was decided by her Supreme Court in 2000 (Arlington County v. White). The county agreed that the issue was whether the county's inclusion of domestic partners in the employees' health benefits plan violated Dillon's Rule. The Court said it did.

John Forrest Dillon was a native New Yorker who arrived in Iowa as a child. After becoming a doctor, he then became a lawyer. About the end of the Civil War and for some years following, he was a member of that state's Supreme Court. Subsequently, he became a Federal judge. Resigning from that office, Dillon became a law professor at Columbia University in New York City. Respected as a legal scholar, he wrote the first treatise on the law governing cities, counties and other lower units of government (Municipal Corporations, 1872). Dillon died in 1914.

However for baseball fans, the only thing of interest about Dillon's Rule may be that Charles Dillon Stengel (also known as "Casey Stengel") was Judge Dillon's grand nephew.