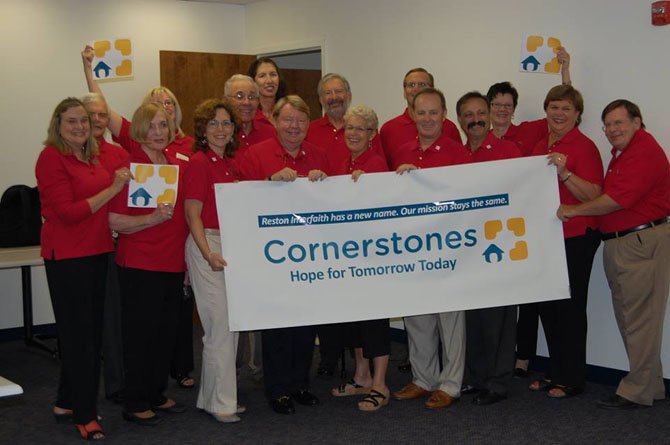 Reston — Reston Interfaith has been a force in the community for the past 43 years, advocating for those in need on a multitude of different levels. On Thursday, Aug. 1, they officially changed their name to Cornerstones.

The name change is the result of a lengthy process that began almost a year ago. The research, new logo, new tagline, “Hope for tomorrow today” and color scheme were done pro bono by the Taproot Foundation, which provides marketing assistance to nonprofits.

Despite the elimination of the term “interfaith,” Cornerstones is still very much as connected as it ever was with many local faith communities. 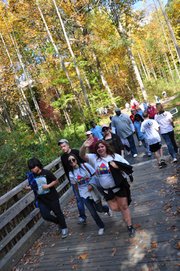 “People have asked if this change means we are moving away from churches, we are most certainly not,” said Steven Miller, vice president for resource development with Cornerstones. “Two-thirds of our board is still made up of representatives from congregations.”

Miller said they have received more questions about the loss of the word Reston. “Our services are increasingly becoming much more than just Reston-centric,” he said. “We have 53 townhouses, three of them are in Centreville, and the others are split pretty evenly across Reston and Herndon. We have member congregations in Great Falls, and many other partnerships that have come about due to natural extensions our mission.”

The familiar blue and purple Reston Interfaith logo has been replaced with a logo featuring three gold “cornerstones” with a blue house completing the picture as the fourth corner.

Despite the name change, nothing will change in the mission, the Embry Rucker Community Shelter, Connections for Hope and Laurel Learning Center will all continue their previous functions.

“As Cornerstones, we remain firmly rooted in the Reston community and embrace founder Robert E. Simon’s principle of inclusivity. We apply this value, that all may ‘live, work, play and serve,’ in the many communities where we now operate,” said Kerrie Wilson, CEO of Cornerstones. “We have come this far because of the commitment and generosity of each of our supporters. While many are struggling in our community, we have many of the answers right here in the help our supporters so generously provide. They are the cornerstone of our work.”

Cornerstones can be found online at www.cornerstonesva.org.