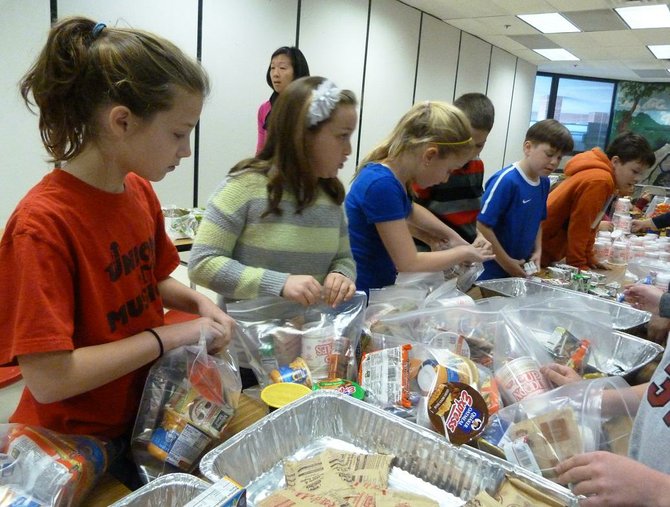 Fifth-graders from Union Mill Elementary assembled 248 Weekend Power Packs for FCPS students who would not otherwise have meals to eat on weekends. On Wednesday, Jan. 23, the entire fifth grade, along with teachers and parent volunteers, packed single-serving, kid-friendly food items such as macaroni and cheese, pasta, soup, fruit and pudding cups, breakfast bars, oatmeal packets, and cheese and crackers, into large re-sealable plastic bags.

Each Weekend Power Pack contains enough food for two breakfasts, two lunches, two dinners, and two snacks. Union Mill volunteers delivered the Power Packs to Food for Others, located in Fairfax. Food for Others will distribute the Weekend Power Packs to FCPS students in need of weekend meals. Every month at Union Mill, each grade level takes its turn in holding a two-week food drive for single serving, kid-friendly food items. The students then gather in the cafeteria to put all of the food into the weekend packs, which are then delivered to Food for Others.