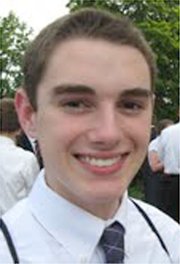 From June 20-22, 220 youth from The Church of Jesus Christ of Latter-day Saint (LDS) youth, ages 14 to 18, from seven local congregations in Annandale, Burke and Springfield traveled to Kirtland, Ohio, to visit and tour the city that was both home and church center to the fledging Latter-day Saint church from 1831-1838. It was in Kirtland where the Prophet Joseph Smith received almost 50 percent of all revelations found in the doctrine and covenants and where the Father, the Son, and other deity appeared a number of times. To practicing Mormons, it is a sacred place.

"It was an opportunity for the youth to see where their ancestors toiled and how they dealt with the tremendous challenges they were given," said Hank Molinengo, second counselor in the Annandale Stake Presidency.

The youth visited historical sites such as the Newel K. Whitney store, which was one of the places, Mormons believe, that Jesus Christ and the Heavenly Father appeared. They also had a sacrament meeting (Sunday service) in the Kirtland Temple, which was built by the LDS people in their poverty and at great personal sacrifice during the turbulent years of difficult economic conditions and intense persecution. The youth also participated in a service project while there. 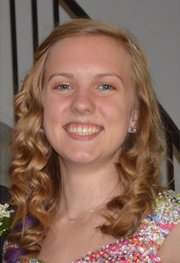 The youth were given free access to all LDS historical sites and had an opportunity to search, ponder and pray about what Kirtland meant and represented to the LDS people back in that day and to them today.

“I loved every single minute of the Youth Conference. It was so wonderful to constantly be surrounded by youth that have the same standards as I do. I really enjoyed getting to know my friends better and making completely new friends. Kirtland itself was a great learning experience because I was finally able to put a place to the name that I had heard so many times when learning about church history. This whole trip strengthened my relationship with the people in my church and with God, and I am very thankful to have had that opportunity,” Kate Garney of Springfield said.

Jake Tyler of Springfield said, “I really enjoyed learning about the history of the Church of Jesus Christ of Latter-Day Saints. I more strongly appreciate how hard the early members worked to set its foundations. I am fascinated at how there are millions of people who have been touched by the church now based on the work of the few people in Kirtland, Ohio. I wish I could have stayed longer since you can't learn everything there in only three days.”