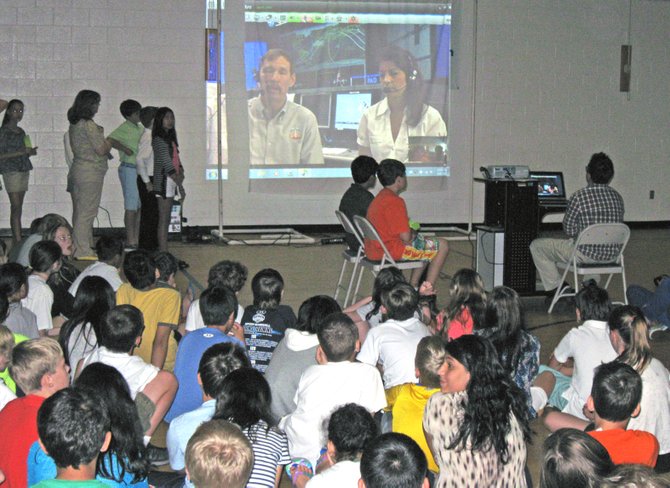 Fifth and sixth grade students at Colvin Run Elementary School in Vienna took part in an International Space Station MCC Special Educational event On Thursday, June 6. The children communicated with NASA’s Mission Control via a live broadcast televised on NASA TV. The students generated a wide range of questions and asked them directly to ISS CapCom and Chief Engineer Hal Getzelman of the ISS Mission Control Center. A CAPCOM, or Capsule Communicator, is the primary liaison between the flight control team in mission control and the astronauts in space. He relays information from the flight director as well as all of the flight controllers in mission control. Questions ranged from queries about what kind of research ISS is conducting in preparation for a future trip to Mars, to what kind of training it takes to work at Mission Control.