Vienna Musicians Rock With a Legend

Earl Slick joins School of Rock students in workshop and performance at Tysons. 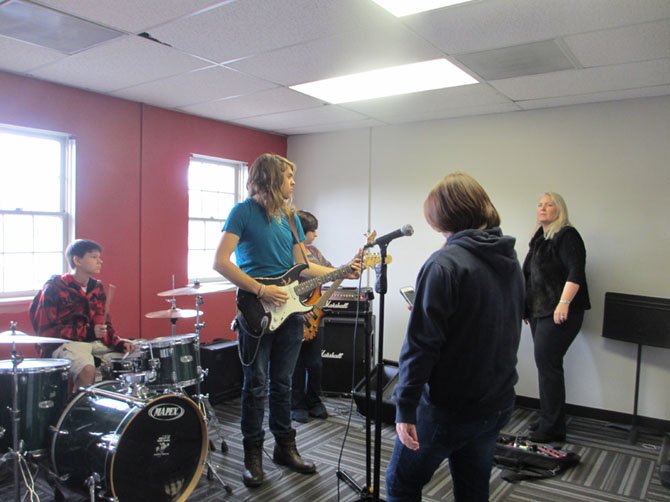 A guitar rock legend is coming to the McLean-Vienna area and students from the Vienna School of Rock will be joining him onstage the weekend of March 9.

Earl Slick, lead guitarist for rock-star David Bowie, will perform each set with the students. For rock-music fans, this is a big catch.

Slick was a guitarist for John Lennon on his post-Beatles “Double Fantasy” album, and for Yoko Ono’s album after Lennon’s death. The show is part of the School of Rock’s Guest Professor Program.

“There are a lot of rock and roll fans in Vienna and it's always fun to have someone with a direct connection to the rock gods come to our area,” said Vienna School of Rock co-owner Laura Bollettino. “We have a lot of students—and their parents—who are very excited about this opportunity.” 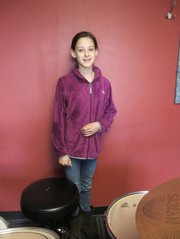 Brooke Seibert of Oakton, 11, says she uses her imagination when interpreting songs. She wants to sing professionally some day.

THE TWO-HOUR SHOW is combination workshop and performance. Slick will rehearse with the children on Friday, March 8, and Saturday, March 9, at the Vienna School of Rock at 111 Center St. S.

Many of School of Rock’s students are familiar with Slick's playing on Bowie's albums even if they do not know him by name, Bollettino said. One of the School of Rock’s seasonal shows performed last summer was dedicated to the music of David Bowie. The school’s guitar players on that show know his work, as do the more dedicated guitar students. Slick was recently featured on the cover of Guitar Player magazine and has been in Rolling Stone magazine many times, Bollettino said.

The Guest Professor Program aims to directly connect School of Rock students with the music legends they study in the school’s program. School of Rock produced a David Bowie-themed show last fall. “So, it was a natural to reach out to Earl Slick who has been a key musician in Bowie's recordings and tours including Bowie's new album, The Next Day, which comes out two days after our show.

“Our mission is to inspire our students to rock on stage and in life, and what is more inspiring than the chance to learn from someone like Earl Slick,” Bollettino asked.

School of Rock has relationships with major artists across the rock and roll spectrum so it was easy to reach out to Slick, said Bollettino. “We hope to ‘grab’ more artists to come by when the chance presents itself.”

The performing students range in age from 11 to 18 and they cover all the rock instruments, including guitar, bass, drums, keys and vocals. Some of those have been with School of Rock for more than six years, others less than a year. Laura Bollettino describes them all as passionate about music and about honing their craft.

“The thing we’re trying to do is ignite their passion for music and fan that flame so it will last throughout their lives,” said Bollettino.

VIENNA’S SCHOOL OF ROCK is one of three Metro region School of Rock franchises owned by Jeff and Laura Bollettino. Their programs are staffed by about 30 professionals representing all areas of rock music.

“We’re a serious music program,” said Bollettino. “We just use rock and roll to keep it fun.”

Jeff and Laura Bollettino left the corporate world in 2007 to open their first franchise, the Vienna operation. The Bollettino family—Laura, Jeff, and their two early-teen daughters live in Oakton.

“Working with kids is so rewarding,” said Bollettino. “We’re doing something good here. It’s really satisfying to feel their pride in their accomplishments.”

The Iris Lounge is located at Spring Hill and Tyco roads in the warehouse formerly occupied by Ecitie. Free valet parking is available. Admission is $10 at the door. For more information, visit the School Of Rock website at www.SchoolOfRock.com/Vienna or e-mail nova@schoolofrock.com. For directions or information on Iris Lounge, go to www.irisloungeva.com.