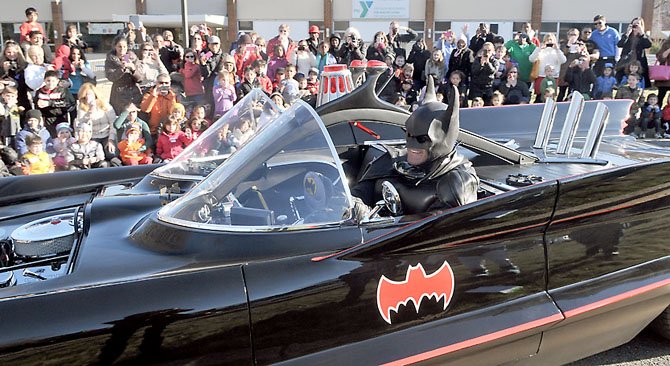 Batman (Lenny B. Robinson) arrives to a cheering crowd at the North 13th Street YMCA on Friday afternoon. Photo by Louise Krafft. 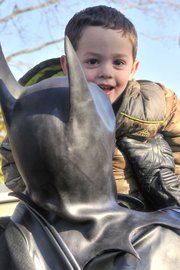 Arlington — Batman AKA Bruce Wayne, AKA Lenny B. Robinson stopped by the Arlington YMCA on North 13th Street on Friday, March 22, promoting National Inhalants and Poison Awareness Week. After school children from all over the county were bused to the YMCA for the event. Batman, driving his new replica 1966 Batmobile arrived to the cheers of children, parents and staff members. After greeting the superhero, the children were invited to participate in group activities aimed at educating parents and children about poison prevention in their homes. The program was made possible by the American Association of Poison Control Centers, the Alliance for Consumer Education and the YMCA of Metropolitan Washington.