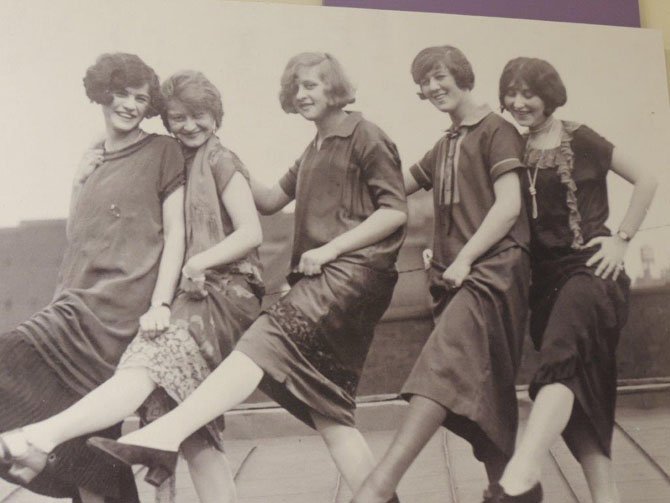 Girls on the roof in 1929. Photo Contributed

Ronald Reagan visited the the Jewish Community Center of Greater Washington in 1983.

Throughout this year, the Jewish Community Center of Greater Washington (JCCGW) will be celebrating 100 years of “connecting people of the Jewish community with each other, Israel and the broader community.” They are celebrating a history of founders who saw the need for a special place to support Jewish cultural, recreational and spiritual needs and commemorating all that has been accomplished — and those who made it all possible. The organization is also honoring past and present leaders and setting goals for the next 100 years. 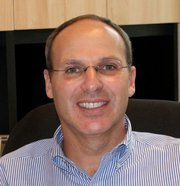 To celebrate the achievements of the past 100 years, more than 500 attended the JCCGW Centennial Gala held on April 24 — an event that raised more than $270,000. One of the highlights of the evening was the presentation of the Benjamin Ourisman Memorial Award for Civic Achievement to Marcy and Neil Cohen. This award has been presented for over 50 years to individuals whose efforts and achievements have improved life in the community. Marcy Cohen served as president from 2003 – 2005; she and her husband are thrilled with the recognition. “We have been involved for 30 years — everything from co-chairing the Capital campaign, to hostiing the Maccabi Games which brought 2,000 elite athletes to our Center for competition, to serving on the board,” she said. “We raised our two children at the JCC — and never plan to be very far away.”

However, as a result of the 1968 race riots in D.C., the DCJCC closed. Since many Jews in the city had migrated to the suburbs, a new Jewish Community Center of Greater Washington was established on Montrose Road in Rockville, opening in 1969. This large campus houses the Hebrew Home of Greater Washington, the Jewish Social Service Agency and The Jewish Federation of Greater Washington and hosts a variety of cultural, recreational, educational, health and fitness programs for all ages from infants to senior citizens. Summer camps, music programs, aquatics, after school programs, athletics, pre-natal classes, special needs camps and programs, and parenting support are just a few of the programs offered to the public regardless of religion, race, age, or ability.

“This organization was founded on the values of offering a warm, welcoming and accessible environment to all. These values have stood the test of 100 years — and everything we do is driven by them,” said CEO Michael Feinstein. “We have 2,800 member units — and that’s about 6,000 people. We offer something for everyone. But one does not have to be a member to take advantage of our outstanding programs and services.

“Special events were held at the DCJCC for World War I veterans — making us the first USO in our country. No matter what race or religion, the vets were welcomed into the center where they were entertained, educated and assisted with their relocation and job searches.” In 1942, a USO lounge was dedicated, open to both Jewish and non-Jewish veterans. Additionally, the center hosted numerous programs in support of the U.S. war effort, including the 1943-44 "Program for Victory" that promoted the purchase of war bonds and war stamps.

The JCCGW has been celebrating its centennial with events throughout the year that honor their past, present and future. The January Kick-Off included a birthday party for the entire family. Generations of families attended the event for performances, films and a “Family Gym and Inflatables” evening.

Another centennial project is an exhibit featured at the Goldman Gallery, located in the JCCGW, called “100 Years of Creating Community – A Photographic Retrospective.” The collection has pulled together one-of-a-kind photographs from the past century, including photos of Ronald Reagan in 1983 when he visited the center, the founders from 1913 -1914, the 1918 YMHA baseball team , a 1923 pie-eating contest, some of the women atop the 16th Street building in the summer of 1929 — and many more images. It also includes a video of Feinstein and past presidents discussing the events of their tenure.

Other projects include a Centennial Cookbook, an electronic Centennial Quilt — stories, memories and photos submitted by members and participants of the organization, a list of 100 Jewish books to read, and showings of the best family movies of the past 100 years.

Member Brad Stillman describes the impact that one program at the JCCGW has had on his family: “My son Benjamin has been an inclusion camper at Camp JCC. The camp is unique in that kids of all abilities can attend — and Benjamin has the opportunity to go on the same bus with his siblings, pass them in the halls and see each other at the pool or at other activities. The camp has introduced him and his brothers and sister to a lot of very nice kids, both typically developing and those with special needs. This is one of the great benefits of a camp community that reflects the broader community filled with people of various backgrounds with all different abilities. It is a microcosm of what the JCC does for our community.”