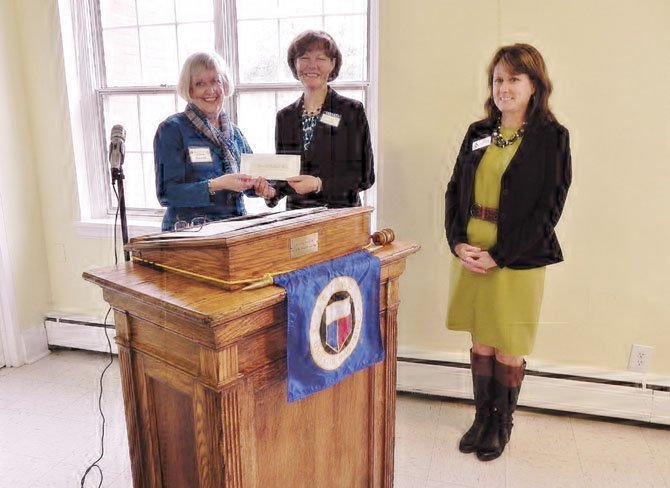 At a meeting of the Woman’s Club of McLean on May 7, club President Virginia Sandahl announced that the proceeds of the previous week’s Kitchen and Garden Tour sponsored by the club were $10,225. She presented a check for that amount to Rear Admiral (Ret.) Kathleen L. Martin, executive director of the Navy Marine Coast Guard Residence Foundation, for the use of the Wounded Warrior Transitional Housing Program at Vinson Hall. Ticket sales for the tour accounted for about two-thirds of the proceeds and donations for the remainder.

The tour was the product of about two months of planning by the Woman’s Club and focused on eight properties (six homes and eight gardens) in a neighborhood of large homes and lots in west McLean. It was believed to be the first tour of its kind in McLean; it was also the first such fundraiser undertaken by the group. The club, which has a 55-year history in the community, has become known for its annual homes tours during the holiday season.