Dancing into the Sunset
Votes

Dancing into the Sunset

After 35 years, Kathy Harty Gray and her dance company are taking a bow. 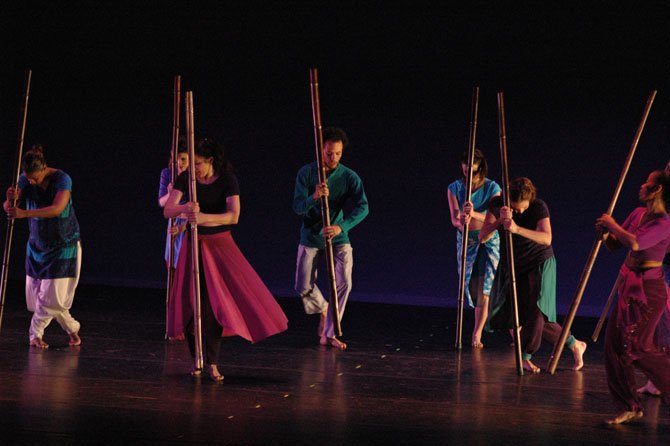 This Saturday will be the final performance of the Kathy Harty Gray Dance Theater, which is retiring after 35 years. After 35 years, the Kathy Harty Gray Dance Theater will give its final performance this Saturday, Nov. 23, in the Tyler Building Auditorium at Northern Virginia Community College's Alexandria Campus. Photo Contributed

Alexandria — Kathy Harty Gray's career may have started as a student at Julliard, but she and her students will celebrate her legacy in Alexandria.

After 35 years as a teacher and choreographer of modern dance in the tradition of Martha Graham, Jose Limon and Doris Humphrey, Gray has decided it's time to explore other adventures.

"I'd like to sing in a choir, maybe teach Spanish," Gray said of her post-dance projects. She's certainly earned some time off if she chooses — since 1995 she's taught class two nights a week, from 7-10 p.m. Even before, she was a tenured professor at Mary Washington University and a graduate adjunct at the University of Virginia.

Her whole life has been dance, and choreography in particular has been a special passion in her life, she said. "It brings a different aspect to classes you teach," allowing a teacher to tell a story or, as in the case of the women's history performance she and her company toured around Virginia for students, highlight the struggles of brave pioneers whose actions made life better for others.

The final performance of the Kathy Harty Gray Dance Theater is scheduled for this Saturday, Nov. 23 from 7:30-8:30 p.m. in the Tyler Building Auditorium #203 at Northern Virginia Community College Alexandria Campus, 3001 North Beauregard Street, Alexandria. Admission is free, but parking at the Schlesinger Center is $6.

"She even made lessons plans for the schools we visited," said Iantha Parker, a dancer with Gray since 1987, who was part of the special presentation, “Stories to Remember about Women in Virginia,” which was seen by 9,000 people between 2006 and 2008.

Gray counts more than 200 performances in her company's past, including one in 2011 that was inspired by her three brothers, New York City firefighters. After the attacks in New York City, Pennsylvania and the Pentagon, one of her brothers called her and suggested she create a performance in honor of those who died. For the 10th anniversary of the attacks, the company performed the piece, “Grant Us Courage ... Grant Us Peace,” which helped to raise $20,000 for the Pentagon Memorial Fund, Gray said. The music for that piece was written by Tim Janis of Alexandria.

Giving back to her community has always inspired Gray. She's inspired by the multicultural, diverse population of the college where she teaches and uses that to influence her choreography.

But her teaching and choreography are deeply rooted in American Modern Dance, she said.

"It has a wonderful background and a richness that in this day and age it's quite hard to compare," she said.

Her students appreciate her dedication as well.

"She does beautiful work," said Carrie Wilcox of Centreville, who has danced in the Kathy Harty Gray Dance Theater for 20 years. "She's kept all of us on our toes. She uses beautiful music and creates beautiful dance. I really have enjoyed performing her choreography."

"I've always enjoyed her style and her choreography," Parker said.

Their enjoyment of working with Gray is apparent, spending two nights per week dancing with her after putting in full days at work.

Gray appreciates their dedication and lists it as one of the things she'll miss most.

"Modern dance is usually a gypsy's life," moving from place to place and working with numerous fellow dancers, Gray said. Having a company with so many long-term members, some of whom will be coming back for the farewell performance this weekend, is a treat and a rarity.

Dancers that stay with a company "isn't around now," she said. "I have so many dancers that worked very hard for me. They have a passion."

The company is like a family, Wilcox said. It'll be difficult to see Gray off into retirement.