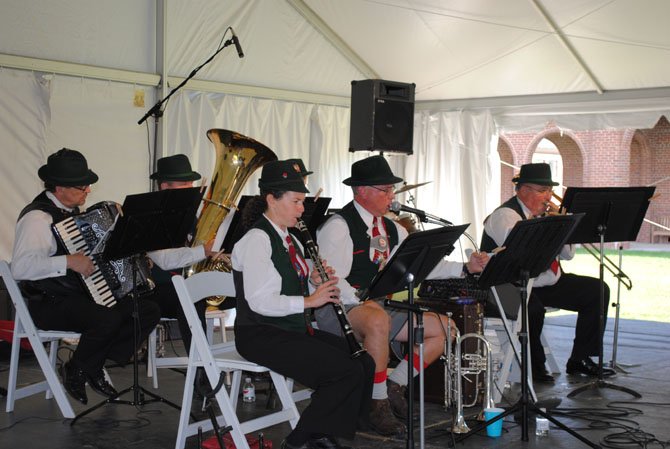 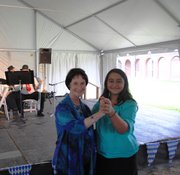 Sharon Bulova, chairman of the Fairfax County Board of Supervisors, and her niece Aysha Hannachi kicked up their heels during Bulova’s 27th annual Oktoberfest fundraiser.

Oktoberfest arrived early as more than 300 friends, family and high-profile Democrats gathered at the Lorton Workhouse Arts Center Sept. 22 for the 27th annual German-themed political fundraiser hosted by Sharon Bulova, chairman of the Fairfax County Board of Supervisors.

Guests enjoyed German beer, a traditional German oompah band and a smorgasbord of Bavarian food, including bratwurst, sauerkraut and German wines, during the afternoon event.

Guests also received tours of the Workhouse, and bid on a variety of items during a silent auction. The food was being catered by Brion's Grille at University Mall.

Bulova was first elected chairman in a special election in 2009, and reelected in 2011. Prior to serving as chairman, she was supervisor of the Braddock District from 1988 until 2009. She has served as chairman of the board’s Budget Committee for 20 of her 24 years in office.