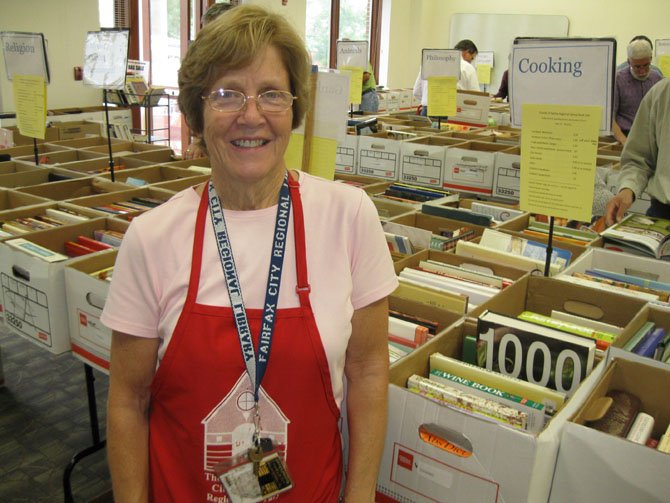 Barbara Leadbetter, president of the Friends of The City of Fairfax Regional Library. Photo by Steve Hibbard.

The City of Fairfax Regional Library’s book sale was a huge success last Friday through Sunday. Its Children’s Book Sale the previous weekend was the best in the last three sales. On Friday, 1,600 people attended.

“We’re finding that people are still buying lots of books,” said Barbara Leadbetter, president of the Friends of the Library. On Sunday, bargain hunters paid $5 per bag of books. Some dealers traveled from North Carolina and Pennsylvania—dropping $500 for filled boxes. The library also gave five boxes of books, including large-print versions, to the Heatherwood Nursing Home. It also sent a box to the Fairfax Detention Center.

“We do it twice a year,” said Marilyn Feldman, past president of the Friends of the Library. “We’re the only library that has a cart of books that’s free. Every day it’s replenished, and it’s very popular with the patrons.”