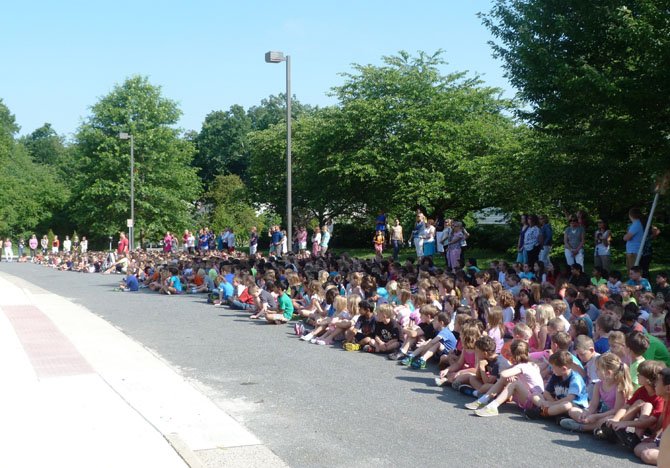 On Tuesday, June 24, Union Mill Elementary held its first Outdoor Opening to the school day. After students arrived at school, all students, faculty, and staff gathered in front of the school for a school-wide morning assembly. To start the program, members of the Union Mill chorus sang the “The Star Spangled Banner.”Following the National Anthem, students and staff said the Pledge of Allegiance, and the school’s morning broadcast team read the morning announcements. Next, the student council officers were installed for the 2014-2015 school year. After each officer was installed, the new outdoor school bell was rung. To close the assembly, the student body sang the school song and Principal Kathy Case gave the closing remarks. Even though it was the last week of the school year, Union Mill hopes to make the Outdoor Opening a new school tradition, holding them periodically throughout the school year.