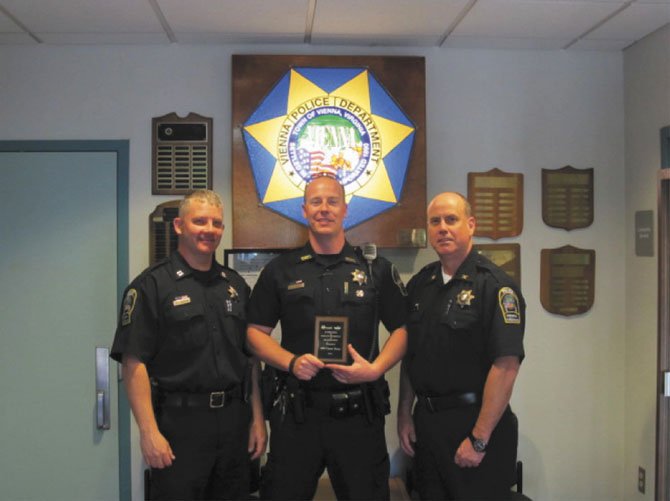 On May 2, Officer Conor Tracy was honored for his enforcement efforts against drunk and impaired drivers. The Virginia Alcohol Safety Action Program (V.A.S.A.P.) in Fairfax County and Mothers Against Drunk Driving (M.A.D.D.) held its annual awards ceremony at the Tysons Westpark Hotel in McLean. The Annual Awards for Excellence in Community Service and Safety honored many local police officers and deputy sheriffs from various agencies for their efforts to combat drunk driving.

Every year since 1991 V.A.S.A.P. and M.A.D.D. have honored area law enforcement officers and others for their efforts in enforcing and prosecuting the drunken driving laws of the Commonwealth.

Officer Tracy has been a member of the Vienna Police Department since 2011. In addition to his duties as a patrol officer, Officer Tracy is also an Intoxilyzer Operator for the Commonwealth of Virginia, a R.A.D. (Rape Aggression and Defense) instructor, a Patrol Rifle Operator and a Bicycle Patrol Officer.