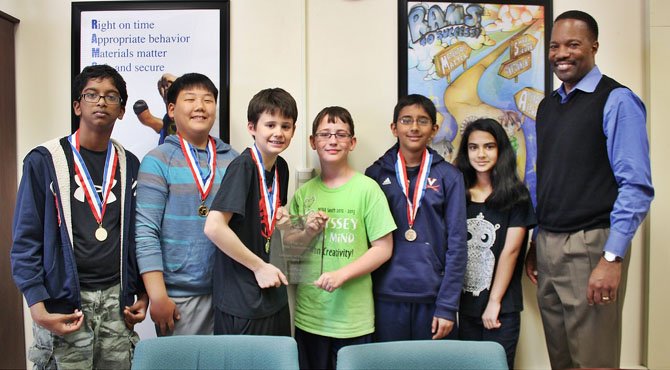 Chantilly — Rocky Run Middle School’s Odyssey of the Mind “Driver’s Test” team are advancing to the World Finals at Iowa State University from May 28-31, where they will compete against hundreds of teams from across the U.S. and more than 25 other countries.

Odyssey of the Mind is an international program for students from kindergarten through college that promotes creative problem-solving and teamwork.

In addition to the Driver’s Test challenge, this year problems included presenting a Haunted House performance that features pop-up special effects, performing a humorous Classics-based skit featuring a King’s Court, a Royal Court and a team-created instrument, building a balsa wood structure that holds weight, and giving an original performance about a community that feels threatened by something in a location it has never visited.

There is also a “Spontaneous” component to the competition during which teams are required to solve a variety of verbal and hand-on problems by thinking on their feet.

For more information about the Odyssey of the Mind program, visit www.odysseyofthemind.org