A Potomac resident’s motivational life-story is the inspiration for a “Serving Others” chapter in Richard Rende, Ph.D.’s latest book — a collaboration with entrepreneur Jen Prosek — entitled “Raising Can-Do Kids: Giving Children the Tools to Thrive in a Fast- Changing World.” 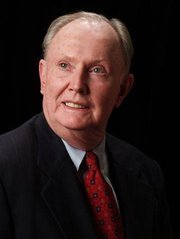 The book, to be published in 2015 by Perigee (Penguin Random House), focuses on skills typically associated with entrepreneurs as a way to cultivate 21st-century skills in children. These include exploration and innovation; personal attributes including optimism, opportunity seeking, and industriousness, and a host of social skills.

Brian Cunningham’s entrepreneurial tale of his childhood lemonade stand taught him many lessons. He learned that if he worked hard, he could earn money. He also grasped the idea that serving others is a guiding force in success and in choosing a career. Rende, a research psychologist/consultant, educator, and science writer, says, “Success doesn’t happen in isolation. People build businesses by helping others and improving lives.”

Through operating his lemonade stand, Cunningham also learned that he must understand what people need and provide a way to meet that need. The workers in his town needed lemonade for lunch and also at the end of a tiring day of work — and thus he set up his stand to provide cool drinks on hot days. He was only 7 years old — but he already thought like the entrepreneur he ultimately became.

Rende recognizes that Cunningham’s lemonade stand is “more than an early business opportunity – it was transformative.” After he opened his lemonade stand, he realized he must give his customers something more than just lemonade. He provided them with a chance for social interaction. He enjoyed listening to and talking with them – and because of their body language and interactions, he discovered that they liked him – and continued to return because he took the time to engage them. He realized that it is important to make people feel good every time they came to his stand.

A few years ago, Cunningham, now a grandfather of 24 children, decided to develop tools to help children of all ages learn entrepreneurial skills to guide their development and career goals. He and partner, Giles Jackson, founded My Career Launcher (MCL) to develop guides to help kindergarten, elementary, middle school, high school and college students understand the multitude of career possibilities that lie before them.

MCL’s first guide is a book for preschoolers based on Cunningham’s own experiences with his lemonade stand called “Camila’s Lemonade Stand.” Camila is one of “seven fearless children in search of their futures" who make up the Career Launcher Crew. The plot concerns a problem that Camila who wants money to ride on the ferris wheel when the fair comes to town. She decides to open a lemonade stand. The story reveals problems and solutions, as well as the insight that figuring out how to provide something that others need is a path to success.

Cunningham who, in his own words, “floundered into successful career choices merely by accident.” regrets that he did not have more guidance in his own career choices. After barely making it through high school, he entered the University of Maryland and lasted 47 days before he was asked to leave. He entered the Navy and was assigned to a sub. Here, he discovered his passion for physics, returned to college, graduated and began his career as a physicist at the Naval Ordnance Lab. He next became a project manager at NASA where he designed, fabricated, and helped launch scientific satellites for America’s lunar program. In 1968, he left the public sector to found Electronic Sales Associates, followed by Computer Entry Systems Corporation (CES) which designed, manufactured, and sold hardware and software for processing bills for such institutions as National Geographic, C&P Telephone, and Riggs National Bank.

“The heart and soul of our program is to inspire students from the earliest ages through high school — and beyond. Schools teach them reading, writing and arithmetic, but they don’t spend enough time inspiring them. We hope that our book series will help students find the intersection between their interests, innate talents and passions – and then follow their hearts to the perfect career path. Right now, we are seeking capital to help us complete our goals,” Cunningham said.

“Camila’s Lemonade Stand,” written by successful entrepreneurs for the next generation, is available on-line at Amazon.com. For more information and to preview the book and series, visit www.mycareerlauncher.com.