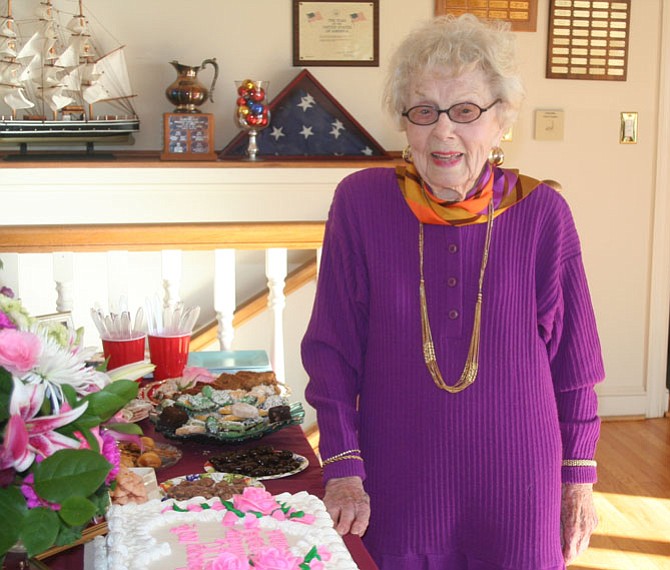 Birra is also a charter member of the Yacht Haven Garden Club, formed in 1963. Members of the club threw a ladies’ tea to celebrate her centennial at the Mount Vernon Yacht Club Jan. 8. Her actual birthday was on Jan. 19.

The floral and landscape designer is described by garden club members as a “human encyclopedia of horticulture” and a “generous, warm-hearted individual” with a “zest for life.”

Birra is the widow of U.S. Army Lieutenant Colonel Alfred Birra and mother of two children living in Belgium and Virginia’s Hunt Country.